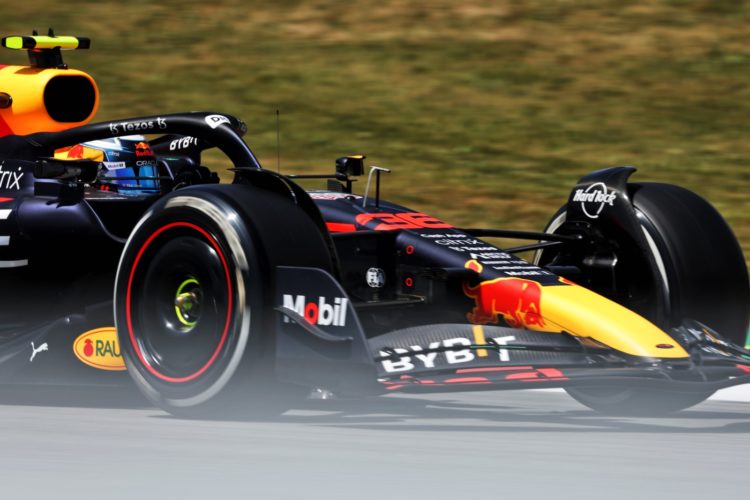 Red Bull Racing has suspended Jüri Vips while it investigates an incident involving the Estonian making an alleged racist slur.

Vips allegedly made a racist slur during a Twitch stream while gaming with fellow Red Bull junior Liam Lawson.

Vips is a member of Red Bull’s Junior Team, having joined prior to the 2019 season, and also holds the role of reserve driver for Red Bull’s Formula 1 team.

He tested its RB18 at the Spanish Grand Prix as part of the new-for-2022 regulations mandating the presence of young drivers during two practice sessions.

In a statement issued on Tuesday evening Red Bull Racing outlined that it has ‘suspended junior driver Jüri Vips from all team duties with immediate effect, pending a full investigation into the incident’.

‘As an organisation we condemn abuse of any kind and have a zero-tolerance policy to racist language or behaviour within our organisation.’

On his personal Instagram account Vips outlined that he “wishes to unreservedly apologise for the offensive language used during a live gaming stream earlier today.

“This language is entirely unacceptable and does not portray the values and principles that I hold. I deeply regret my actions and this is not the example I wish to set. I will cooperate with the investigation fully.”

He is currently due to compete at Silverstone next weekend and holds seventh in the standings.