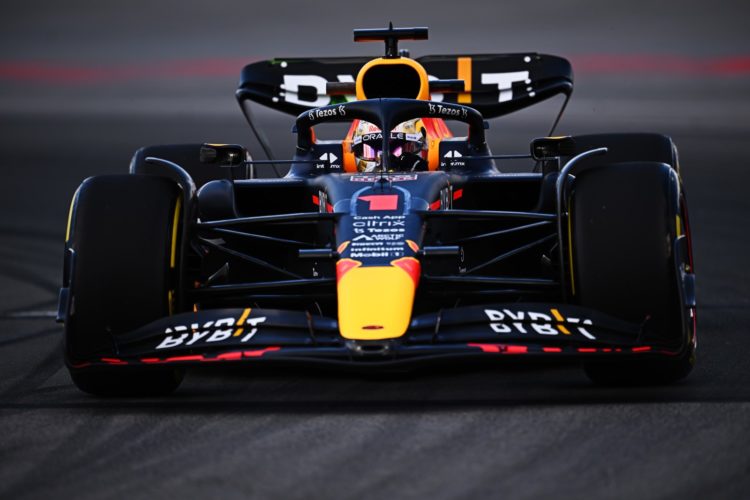 Red Bull’s Flying Dutchman was once again at his dominant best in Montreal this past weekend, holding off a late charge from Ferrari’s Carlos Sainz to win his sixth race of the 2022 season. And the victory was the sixth in a row for the Austrian energy-drink backed Milton Keynes based outfit, a feat they haven’t achieved since 2013 when then dominant Sebastian Vettel won nine races in a row at the end of the season to seal his fourth consecutive World Drivers’ Championship. Oddschecker, which compares bookmakers providing offers on Formula One, had made Verstappen the favourite to win the Canadian Grand Prix, and he duly obliged.

Admittedly Max was helped by a shuffled grid courtesy of Saturday’s wet qualifying session, but the reigning World Drivers’ Champion looked dominant at times. And a grid penalty for his closest rival Charles Leclerc – meaning that he would start on the back row of the grid – helped matters further. But even with the assistance, Verstappen had to finish the job on Sunday and he did so with aplomb. He navigated his way through two Virtual Safety Car periods, as well as a full safety car towards the end of the race, which allowed then leader Sainz to pit for fresh tyres and close right up to the Dutchman’s gearbox.

While fans and commentators were getting excited at the prospect of the young Spaniard’s potential maiden victory, the new race leader was proving that he has matured as a driver. If anyone needed confirmation that last year was no fluke, this win did exactly that, as Verstappen staved off Sainz’s late charge with a minimum of fuss. The 24-year-old never looked troubled by the scarlet rocket filling his wing mirrors, which in turn meant that the challenger never got close enough to attempt the boldest of lunges on the points leader. The Dutch star is perhaps the most popular sportsman in the Netherlands since Johan Cruyff, and this 26th victory of his young career will only add to his aura.

The British Grand Prix is up next, and Verstappen has the chance to put to rest the ghost of last year’s harrowing first-lap collision with Lewis Hamilton. Team principal Christian Horner was livid at the legendary course last term. His driver suffered a 51G, 180mph crash after seven-time World Champion Hamilton was adjudged to have taken him out at Copse Corner. While he was being checked over at the local hospital, his nemesis was overtaking leader Leclerc late on to seal victory.

The incident was perhaps the lowest moment of the young champion’s career. After the race, Horner said that the crash was the worst his driver had ever had, but as he gears up for his next visit to the British Isles, Max is the overwhelming favourite to extend his championship lead.

Ferrari unable to cope with the pressure

When Leclerc returned the Scuderia back to their winning ways in Bahrain, it appeared that we would be in for another titanic title battle. He smartly held off his long-time rival, who then retired with three laps to go, securing an early 25-point lead over the champ. Leclerc would go on to dominate in Melbourne also, as Verstappen once again retired meaning that Charles had bagged another 25 unanswered points. He followed up some bad luck in Italy with second-place in Miami and held a healthy 19-point lead as we travelled to Spain. But since then, his season has fallen apart.

An engine failure curtailed his 12-second lead in Barcelona and in the Monegasque driver’s home race a week later; his Ferrari team were up to their old tricks. A tactical blunder made a mess of their lead driver’s strategy allowing Sergio Perez victory on Leclerc’s home turf. Things went from bad to downright awful in Azerbaijan as he once again retired when leading. This weekend’s grid penalty added insult to injury; although Leclerc did recover to finish in P5, his championship challenge lies in ruins. With Lewis Hamilton returning to the podium in Canada, perhaps a worthy adversary will await Mad Max in a fortnight’s time.