Russell: No regrets at slick switch in pole attempt 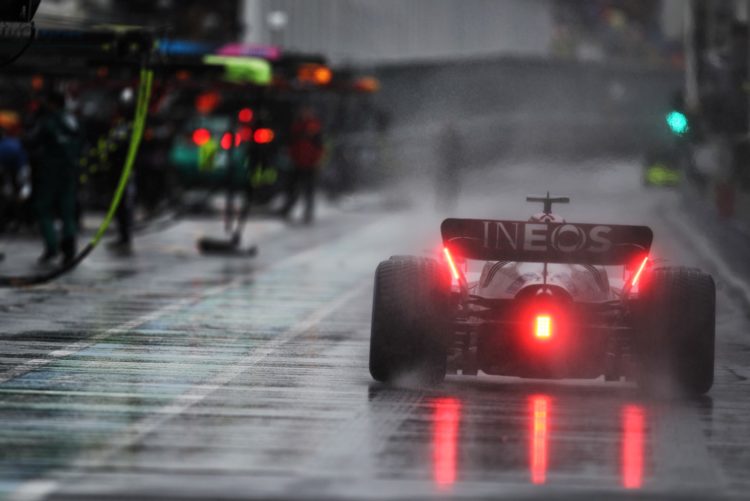 George Russell says he had no regrets at his failed slick tyre gamble during the closing stages of qualifying for Formula 1’s Canadian Grand Prix.

Wet weather struck Montreal throughout most of Saturday but conditions improved as the three-part session progressed.

Russell opted for Soft tyres for his final Q3 push lap but spun through Turn 2 amid a lack of grip and wound up eighth overall.

“Today was high risk, high reward – switching to Slicks was our only chance to get pole position today,” he said.

“It was literally just Turn 1, had that been as dry as the other corners we could have been in a really good place.

“We showed some really strong pace today but as I said on the radio, I’m not here to settle for P4/P5, we need to try things and at the end of the day, points are tomorrow and I’m glad we tried something different.

“In Sochi last year, I made a similar gamble and it paid off to get P3 for Williams so I’m always open to making the switch, particularly as we’ve had worse qualifying sessions this year in normal circumstances.”

Russell expressed confidence that he can make gains during the race to reclaim lost ground.

“For tomorrow, we should be able to pass the cars around us, starting P8, and move back up to P4/P5,” he said.

“Obviously, we have Checo and Charles behind us fighting their way back through so I just need to make sure I get up there as soon as possible tomorrow.”