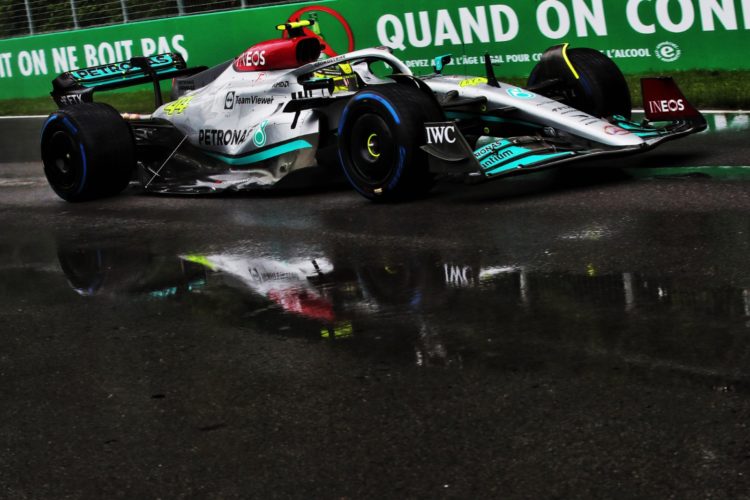 Lewis Hamilton revelled in his performance during Formula 1 qualifying in Canada and said he felt the same excitement as during his debut appearance.

Hamilton has endured a fraught string of races but captured fourth on the grid during a rain-hit session at the Circuit Gilles Villeneuve.

“Honestly, I feel amazing, so happy! P4! P4 has never felt so good to be honest,” he said.

“Maybe when I was like in my first year of racing, my first year in 2007 when I got my first P4 in quali, it felt great then. I think this kind of feels like that, but particularly because it’s been a really, really difficult year.

“We did a lot of work on the car overnight, we went in two different directions yesterday just to try and get the information.

“We have slightly different set-ups for the race still, but we’re in a great position so hopefully I can try and hold position at least.”

Hamilton emphasised that Mercedes needs to retain faith in spite of its difficult 2022 season.

“With this car you need everything, and more, to come together,” he said. “You know what, I think this car works… I like to think that I’ve got rhythm and at this track, and particularly in this session you need to have rhythm.

“I feel like this car works on a completely different beat. It doesn’t work on a normal beat and that’s been difficult to get used to.

“The rain always open up opportunity and I love this track, while it’s been a struggle so far this weekend and there’s still a lot of work to do tomorrow, I hope all the team are feeling positive.”