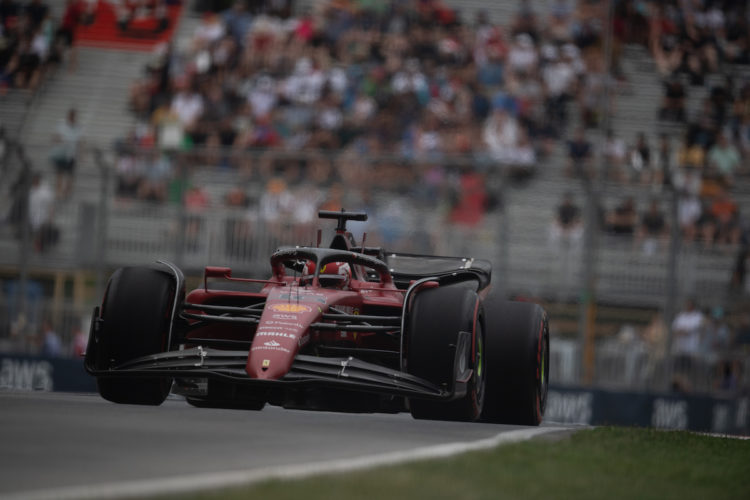 Charles Leclerc will start Sunday’s Canadian Grand Prix from the back of the Formula 1 field after having more Power Unit components fitted to his car.

Following Friday practice, Ferrari confirmed that it had used a third Control Electronics, exceeding his penalty-free quota for the year.

The Monegasque driver was hit with a 10-place grid penalty for Sunday’s race.

However, that has now been updated to a back-of-the-grid demotion, as he has taken on a new internal combustion engine (ICE), turbocharger, MGU-H and MGU-K for the remainder of the weekend.

All of the parts are the fourth that Leclerc has used this year, exceeding the allowed allocation that doesn’t incur a penalty.

Leclerc enters the weekend having retired from two of the previous three races due to a mechanical issue.

Team-mate Carlos Sainz has also taken on a new ICE but does not receive a penalty.

AlphaTauri’s Yuki Tsunoda, who will start alongside Leclerc at the back of the field on Sunday, as been fitted with a new Energy Store and Control Electronics.

Valtteri Bottas has also used his second Energy Store of the 2022 campaign following an overnight change.