Mercedes confirms Hamilton will race in Montreal despite back pain 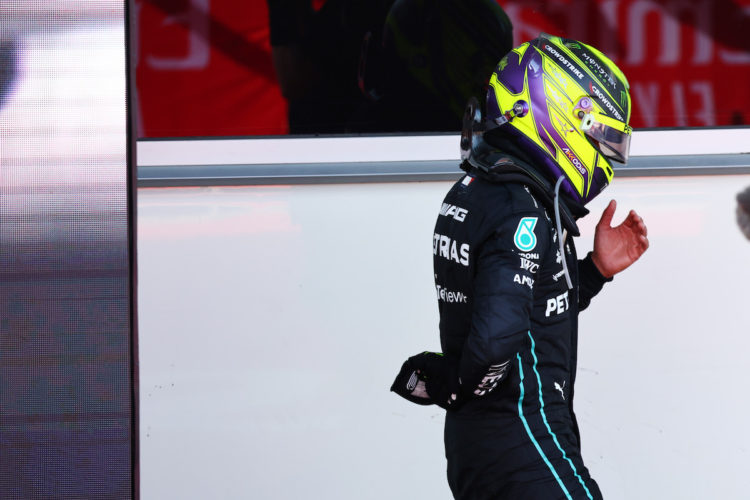 The Mercedes Formula 1 team has confirmed that Lewis Hamilton will not miss the upcoming Canadian Grand Prix despite suffering from back pain.

Throughout the most recent race weekend in Azerbaijan, Mercedes’ W13 car was bouncing severely on the straights.

It led to Hamilton and team-mate George Russell complaining of back aches during the weekend, with Hamilton stating after the grand prix that it was the most painful race he’s endured in his career.

Mercedes’ team boss Toto Wolff stated that he wasn’t sure if Hamilton would be fit to compete in Montreal this weekend.

James Vowles confirmed that Hamilton would be back in the car for Canada.

“I am pleased to report that Lewis is here this morning, I spent a few hours with him and he is okay, he will be back in the car in Montreal,” he said.

“He is an elite athlete that will push the bounds of endurance of himself and the car and that’s what Formula 1 drivers do, that’s what makes them exceptional.

“On this occasion, though we pushed the package and our drivers too far, we are putting them into significant discomfort and we simply can’t do that again.

“Our drivers are not the only ones suffering, you will see in the media a number of comments from a number of drivers who are equally in discomfort and pain.

“And we have a responsibility now to make sure that this doesn’t carry on.”

Mercedes introduced upgrades at the Spanish Grand Prix earlier this season, which appeared to decrease the severity of the porpoising effect.

Its issue regarding bouncing is now the car’s ride height, as teams are running their challengers as close to the ground as possible in order to produce downforce.

“I’m confident we’ve made a step forward in terms of porpoising but we very clearly have bouncing and to the outside it looks almost identical, but there is a subtle difference between the two,” Vowles said.

“What is happening now is that the car is lower, as a result of fixing the first issue, but now hitting the deck quite hard and that’s creating the bouncing that you see at the moment.

“Again, you try and extract performance by running the car low but the problem is very different and the bumpier the track the more the input is clearly having an effect which is what we saw in Baku.

“I think what’s clear is that we still have a long journey in front of us to learn everything we need to, to be fighting at the front but perhaps more importantly you will, as suggested by this question, see performance variation track on track as we go forward.”