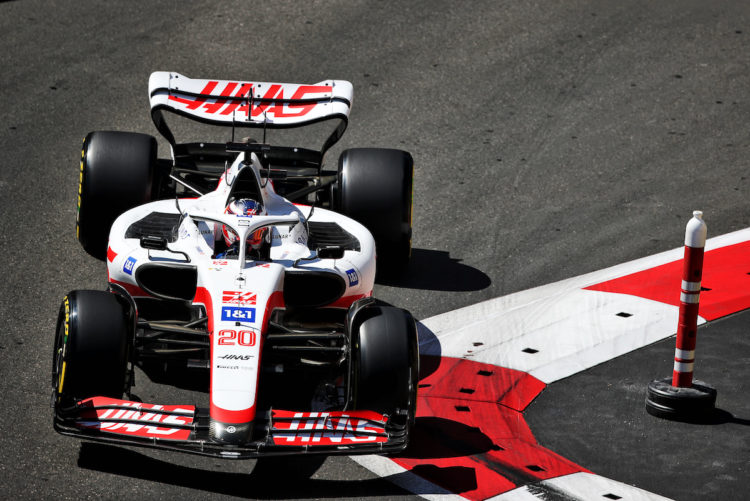 Haas’ Kevin Magnussen believes the upcoming race weekend in Montreal will be “harsh” for all drivers due to the circuit’s bumpy nature.

Last time out in Baku, several teams suffered from heavy bouncing on the straights, with both Mercedes drivers complaining of back pain.

This year, cars are much stiffer than previous years, and teams are running their challengers as close to the ground as possible in order produce downforce through the ground effect.

With drivers enduring a difficult ride last weekend in Baku, Magnussen is expecting another arduous event in Canada.

“Montreal is a cool, cool place,” he said. “It’s a nice track as well, it’s pretty unique, it’s kind of like a street circuit but then also a hybrid – I really like it.

Haas endured a difficult weekend in Haas, with Magnussen retiring from the event after suffering a Power Unit issue.

Team Principal Guenther admits that he was surprised how much pace the car had during the grand prix due to problems during practice.

“We were actually surprised how good the car came along on Sunday for the race, with Kevin fighting for points, but then we had the mechanical failure with the PU,” he said.

“In general, on Friday we didn’t start off on the right foot, we were a little bit off – more than a little bit – but on Saturday we got it in the right region where we needed to be.

“If qualifying hadn’t been compromised by the red and yellow flag we encountered, it could’ve been a better race.

“But nevertheless, before the failure we were in a very good position to score points so I’m not too upset, I’m more disappointed that we had another DNF.”