Hamilton: Azerbaijan GP ‘my most painful race in F1’ 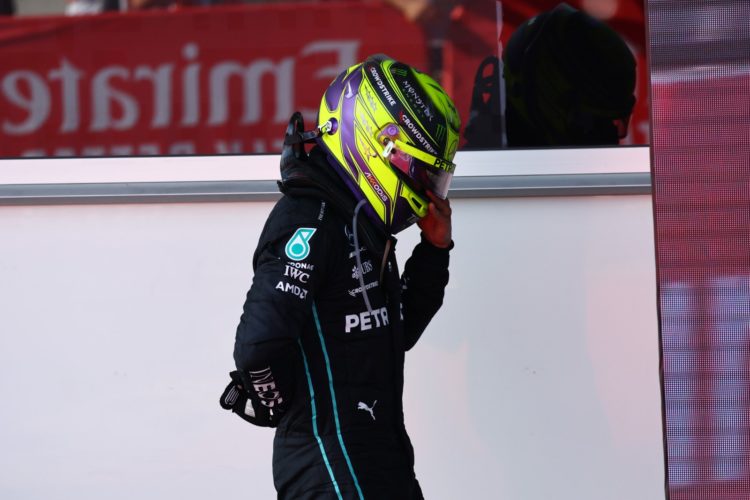 Lewis Hamilton described the Azerbaijan Grand Prix as his most painful race in Formula 1 amid physical struggles due to the bouncing.

Hamilton’s W13 was particularly susceptible to bouncing in Baku as the Briton ran with an experimental floor and rear suspension components that did not yield the desired effect.

Hamilton recovered from seventh on the grid to finish fourth, behind Mercedes team-mate George Russell, and was slow to extricate himself from the W13 post-race.

“There were a lot of moments where I didn’t know if I was going to make it.

“One, whether I was going to keep the car on track as on the high speed I nearly lost it several times. The battle with the car was intense. And the last 10 laps…”

Hamilton added that he “had to think of all the people that rely on me to get those points so that’s really what I was focused on. But this is definitely the worst for me, haven’t had it this bad this year.

“I don’t think I’ve ever really had to think about that as a racing driver, keeping it out of the wall at that high speed, very strange experience.”

Hamilton added that “there is so much potential in this car, we just can’t unlock it at all until we stop this bouncing.”