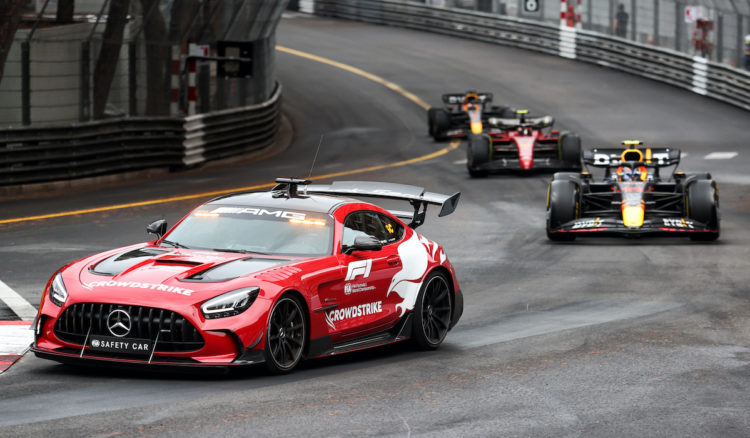 Formula 1 pundit and ex-driver, Martin Brundle, has hit out at Race Control following the Monaco Grand Prix, which saw confusion at the start of the race.

The race was meant to start at 15:00 local time, but was delayed twice, with the official reason given that incoming weather was to blame despite conditions at the time being good enough to start.

However after the race, the FIA issued a statement explaining that the real reason for the delay was down to a power issue on the grid and fears the start lights and light boards which encircle the track might not work as intended.

“Holding up a race in anticipation of incoming weather is not necessary,” he wrote in his Sky Sports column. “We have virtual and real safety cars, red flags, pit stop crews who can change tyres in two seconds, and two types of wet weather tyres to cover those challenges. That’s what Formula One racing is all about.

“We were informed by the FIA at 20.03 after the race on Sunday that there were power issues on the starting gantry due to the heavy rain which explains the rolling starts after the red flags.

“If we had been told this in the media via our simple and effective WhatsApp group, we could have then informed the tens of millions of viewers around the globe and the tens of thousands of fans trackside, and it would all have made a lot more sense.”

Brundle has called for urgent “root and branch” change within Race Control, despite the hiring of two new race directors – Niels Wittich and Eduardo Freitas – supported by Herbie Blash and the implementation of a new in-race review system, similar to VAR in football.

“A couple of reliable sources tell me that there were heated arguments in Race Control during the impasse as we all looked on unsure of what was happening. This presumably explains the periods of inaction and lack of information, and the reason why the safety car was not out exploring track conditions as usual.

“The FIA, for the well-being of F1, urgently needs a root and branch change with a fully dedicated and empowered Race Director with at least one understudy, a dedicated circuit and systems inspector, plus an empowered and effective communications department. I consider this a highest priority issue.”