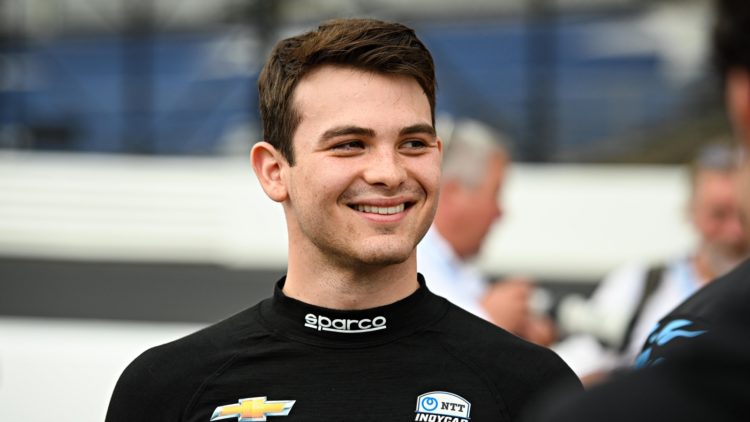 Pato will be driving for AMSP for the next few years. Photo: IndyCar

Arrow McLaren SP has announced a multi-year extension of its star driver Pato O’Ward for the upcoming IndyCar seasons.

The deal, which had been all but confirmed for the past few weeks, keeps O’Ward at the team through the 2025 season.

“The entire team is excited that Pato is onboard for the long haul,” said Taylor Kiel, president AMSP.  “He is an important part of our plan here at Arrow McLaren SP, his energy and work ethic is infectious.

“Having watched him develop since he joined the team, I look forward to building on these foundations to increase our performance and achieve our common goals in the years to come.”

O’Ward has been racing in IndyCar since 2019, and has been the premiere driver at Arrow McLaren SP since the team joined the sport in earnest in 2020.

The 23-year-old also has ambitions to drive in Formula 1 in the future, and his continued links with the McLaren team will help open doors if a position is available.

“Pato is an important part of McLaren’s future in IndyCar and we are happy that he will be a key part of Arrow McLaren SP for years to come,” said McLAren CEO Zak Brown.

“He is an incredibly talented driver who has already shown what he is capable of in IndyCar and I look forward to watching him take the next step in his promising career.”

O’Ward will start this weekend’s Indy 500 from the seventh position, alongside his team-mate Felix Rosenqvist.