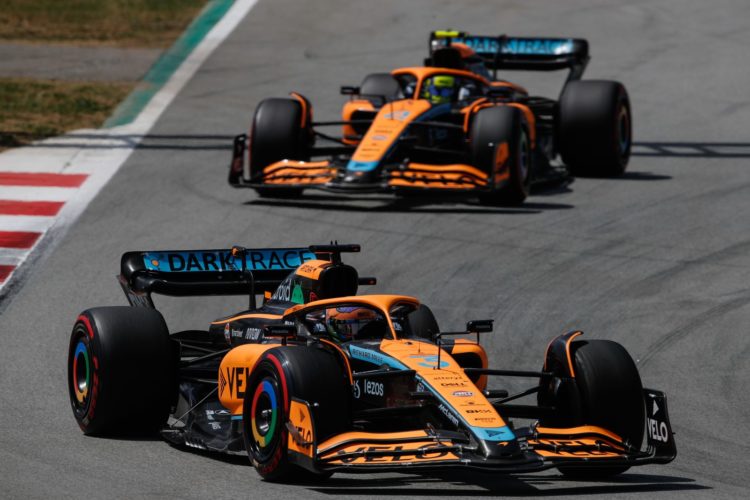 McLaren boss Andreas Seidl says the team can be buoyed by the efficiency of the updates it introduced in Spain, but must also be cognisant of its midfield rivals.

McLaren has had a mixed start to the 2022 season, having struggled in the opening round, before taking a podium in Italy, while elsewhere it has typically been in contention for points.

It introduced a sizeable upgrade package in Spain that included a revised floor, tweaked sidepods and front suspension modifications.

McLaren continues to hold fourth place in the Constructors’ Championship, 11 points clear of Alfa Romeo, with Alpine a further five behind.

“The upgrade was working as expected, so we saw good correlation and we saw a step forward in terms of performance,” said Seidl.

“I still think now we have more time, I guess it’s possible to extract more performance from that package. And that’s what we have to do now in the next days and next days and weeks.

“At the same time we have to also acknowledge that teams like Alfa Romeo made a good step forward as well and we are up against very strong competition in this battle for P4.

“We simply have to keep going, extracting more from this package and at the same time see how we can improve the package even more going forward. That’s the challenge we are all in.”