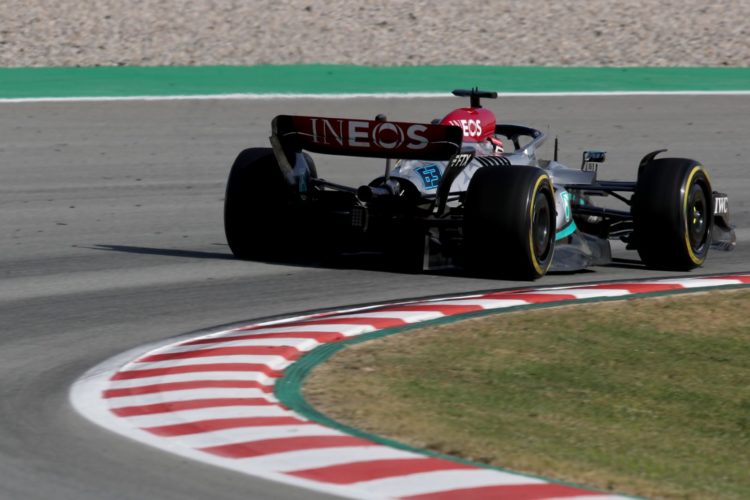 George Russell has expressed confidence that Mercedes will be able to take the fight to Ferrari in race trim at Formula 1’s Spanish Grand Prix.

Mercedes has shown an upturn in performance at the Circuit de Barcelona-Catalunya, with Russell qualifying in fourth spot, and Lewis Hamilton sixth.

Charles Leclerc beat Max Verstappen to take a fourth pole of the campaign but has already expressed concern over Ferrari’s tyre degradation on longer stints.

Hot and sunny conditions are expected to continue through Sunday at a venue where the tyres are punished due to the high energy nature of the circuit.

“I think Max looks much quicker than the rest but I think we’ve got a real shot against Ferrari.

“Unless they’ve found some gains overnight I think we’ll be in the mix with them. We’ll be going for it and try and fight for the podium.”

Russell suggested a failure to optimise its tyre usage through qualifying cost Mercedes a chance to display stronger pace but was nonetheless lifted by the performance of the W13.

“Obviously it’s all based on results and that was the best result we had as a team all season,” said Russell.

“I think it offers optimism as to be honest we didn’t have the tyres in the right window, we were always quickest in sector one and struggling in sector three, and we just couldn’t find that right balance.

“I’m really proud of the job everyone has done in the factory these last weeks and months because I think we’ve now got a package that can be our foundation for us to build upon.”