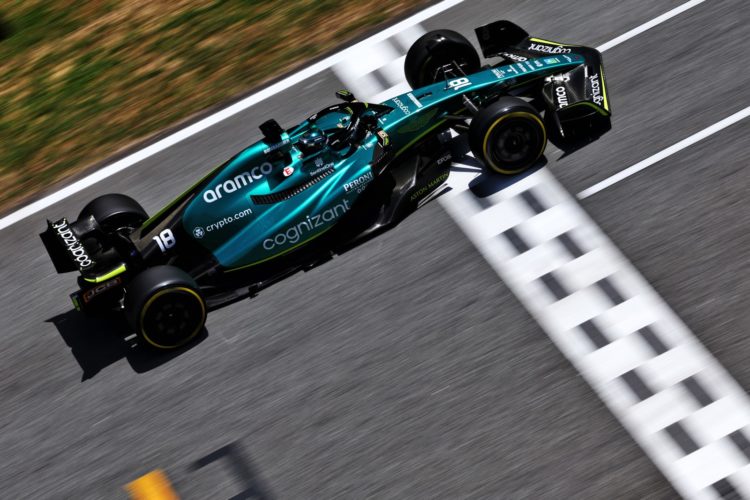 Aston Martin has rejected accusations of copying levelled by Red Bull and has stressed its new car was in development since mid-2021.

The FIA confirmed that an investigation had taken place due to the similarity of the cars and swiftly cleared Aston Martin of any wrongdoing.

Red Bull suggested that it would keep tabs on the situation and playfully took digs at its counterpart through Friday, including putting green versions of its energy drink on the pit wall.

Aston Martin Chief Technical Officer Andrew Green asserted that any insinuations of copying are “very wide of the mark” and that the car launched in Spain was “conceived in the middle of last year as a dual route with the launch [car].”

“If you look at the development of the car that is sitting out there right now you’ll see that this all happened towards the end of last year before we’d seen anybody.

“We were on a dual path, and it came as a shock but also a surprise that Red Bull came out with a similar concept as well.

“I think that just reinforced our feeling at the time that of the two paths we had open to us we’d gone the wrong way, and I think that was confirmation of that.”

Green outlined that Aston Martin swiftly recognised that it had taken the incorrect route with its launch-spec car.

The team has been amongst the worst affected by bouncing and it has struggled for pure performance, with Sebastian Vettel and Lance Stroll accruing only six points to leave Aston Martin ninth in the standings.

“The weaknesses of the launch car were quite apparent even before we’d launched it, then after launching it and running it the issues were compounded by additional problems we encountered on track,” he said.

“We tried as much as we could to resolve them but it was very much a dead-end and our set-up options for the launch car were very, very limited, so we’re hoping that this change will allow us some greater set-up freedom.”