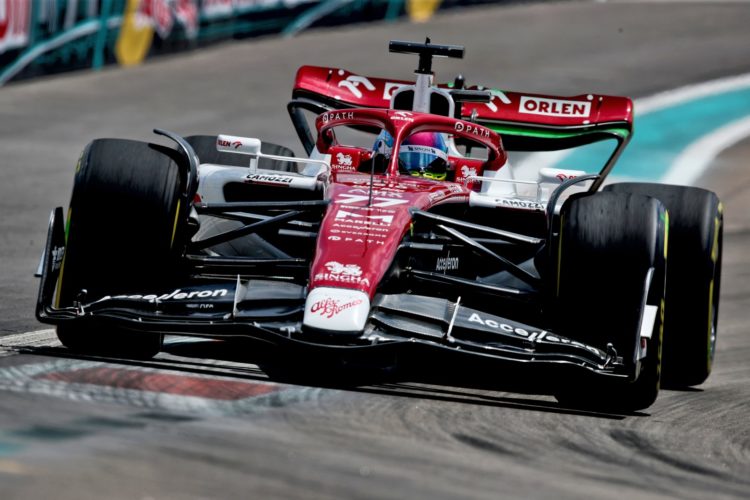 Zhou Guanyu says having prior Formula 1 experience at Barcelona provides him with a rare level playing field during his rookie campaign.

Zhou’s first outing with Alfa Romeo came during the opening pre-season test that was held at the Spanish Grand Prix venue in late February.

He went on to score a point on his debut in Bahrain, where Formula 1 held its other pre-season test, but has since had a more difficult run of races.

A crash on the opening lap of Imola’s Sprint, following contact with Pierre Gasly, thwarted his race prospects, while at the next event in Miami he was an early retirement due to a water leak.

“Barcelona is another important stage in this season: it’s a track the team knows well and I want to make the most of it to get back after the disappointment of the DNF last time out in Miami, when we had the speed to bring home some points,” he said.

“Driving this car here is not going to be a new experience for me, of course: as with Bahrain at the beginning of the season, I approach a track on which I’ve driven before with this generation of cars.

“Of course, the car we race now is not the same we had in testing, but it’s an advantage nonetheless, so my focus will be fully on delivering my best and bringing home the good result our season so far deserves.

“My target is the same as it was in every round until now, but the confidence in my means to deliver it grows with every race.”