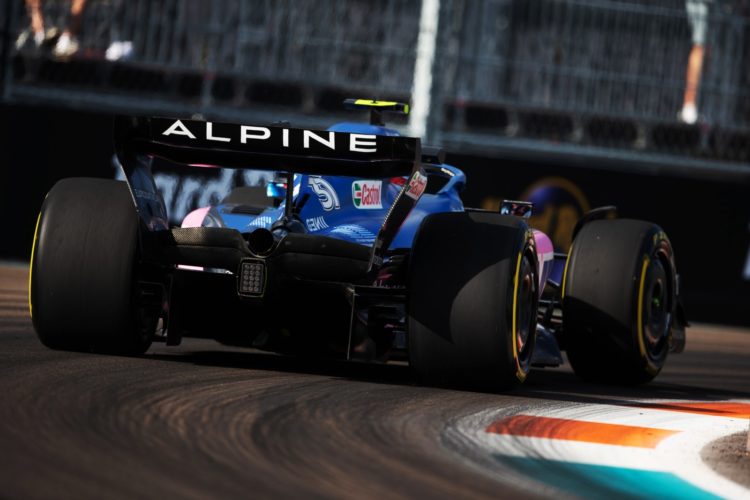 Alpine will bring a new rear wing to this weekend’s Formula 1 Spanish Grand Prix as it targets returning both cars to the points.

Alpine approaches the upcoming round at the Circuit de Barcelona-Catalunya in sixth place in the standings, five points behind Alfa Romeo.

It has had both cars classified in the top 10 since the season-opening round in Bahrain, with Fernando Alonso on a run of four events without a point.

“The aim is for us to have both cars inside the points, which we’re yet to achieve since the first race of the season,” said Alpine team boss Otmar Szafnauer.

“If we’re going to achieve our goals for the year, then this is the minimum requirement the remaining grands prix.

“We’ve demonstrated consistently we have a competitive car and it’s important now that we convert that promising pace into points on Sundays.

“We’re certainly aiming to bounce back from Miami by having a much better, and cleaner, race weekend.

“We can only control what is in front of us, so that’s the target in Barcelona and both drivers are ready to deliver.”

Several teams are expected to use Barcelona – a reliable and known quantity – to bring upgrades to their respective Formula 1 cars, and Alpine has revisions planned for its A522.

“We’re pleased with the upgrades we’ve introduced to the A522 to keep ahead in this sub-race, including the new floor to both cars, which has performed well,” said Szafnauer.

“Our development programme is in full swing and we’ll keep the updates coming at the next few events.

“For Barcelona, both cars will have a new rear wing, which is much more efficient than the previous design.”