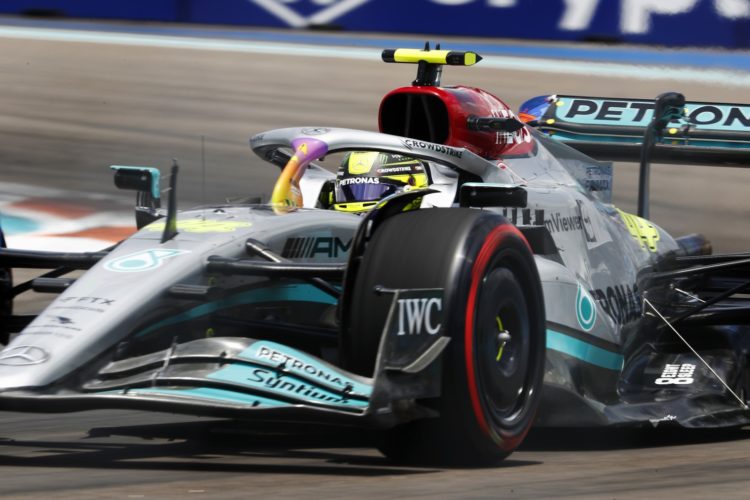 Mercedes boss Toto Wolff has expressed confidence that the outfit can make a step forward in Spain after striving to understand its performance glimpses in Miami.

Mercedes classified fifth and sixth respectively in Miami, consolidating third in the Constructors’ Championship, having once again been unable to contend with Red Bull and Ferrari up front.

That display came after Mercedes topped Friday practice, courtesy of George Russell, having brought a raft of updates to its W13.

Wolff is optimistic that data gathered in Miami, and the known quantity of this weekend’s venue Circuit de Barcelona-Catalunya, can provide Mercedes with a further chance to make gains.

“We continued experimenting with set-up, fitted some new components and that’s provided us answers and indications of which direction to go in.

“A huge amount of hard work has been going on in the factories to unpick the data from Miami and turn it into improvements for Barcelona.

“Having run there in winter testing, albeit with a car that has evolved a lot since then, it will be a good place to correlate the information we have on the current car and we’re hopeful that we’ll make another step forward.

“The track itself is a good all-rounder, so it really puts every aspect of the car to the test.

“In basketball terms, we head to Barcelona at the end of the first quarter of the game. We know that once we translate the learnings we’ve made into track performance, there’s still a lot of the game left to play.”

Mercedes has not been beaten at the Circuit de Barcelona-Catalunya since 2016, with Lewis Hamilton victorious at each of the last five grands prix in Spain.