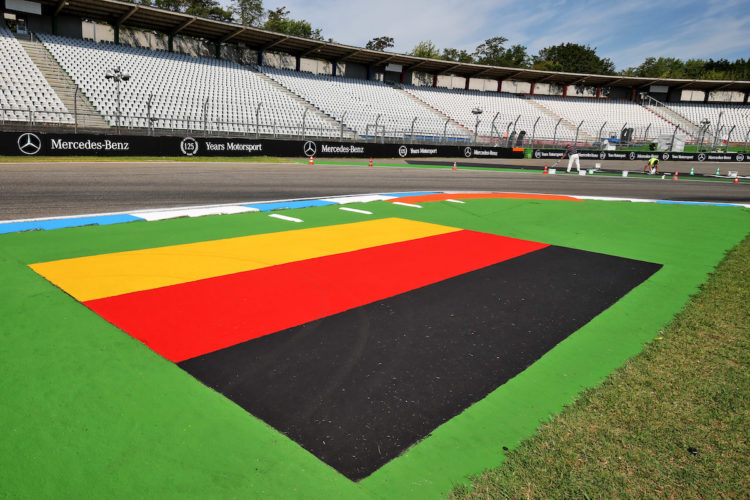 Although the country held a race in 2020 under the ‘Eifel Grand Prix’ banner, the German GP event hasn’t taken place since the last Hockenheim race in 2019.

A number of new venues have secured deals with F1 going forward, while there are believed to be several more interested in joining the calendar.

But Vettel has cast doubt over Germany’s ability to return to the schedule soon, stating it is unable to contend with the prices other locations are paying.

“I don’t know if Germany will make it in time for me [before he retires],” Vettel said. “But obviously, I had the privilege to race in Germany for many years.

“I don’t know. I think in the end, obviously, if you look the places that we’re going, I think Germany is not prepared to pay that sort of money to have the grand prix. Simple as that.”

Vettel pointed out that locations like Spa and Monaco could be heading in a similar direction, amid rumours that they may drop off the calendar going forward.

“Other regions, other countries in Europe are struggling. I think Spa is a very good example,” he said.

“And it’s a shame that what we saw last year, with the rain with the rain cancelling the race and the people not getting a refund on their tickets.

“But to blame Spa I think would be wrong, because, you know, they’re already struggling to make up the money they lose in the first place.

“So I don’t know, I’m not the developer of the sport. And I’m not setting the business plan and the targets.

“But clearly, you can see that the places we’re going and the new venues we’re going, it’s great to explore but it’s also money driven for the sport, I guess, to develop the way they want to develop.

“If those countries are not ready to pay the high entry fees anymore, they will fall off that list. And that would be a shame.

“Certainly, some races you’d think have a guarantee, such as Silverstone, Monza. But I don’t know. We’ll see what happens in the next years.”