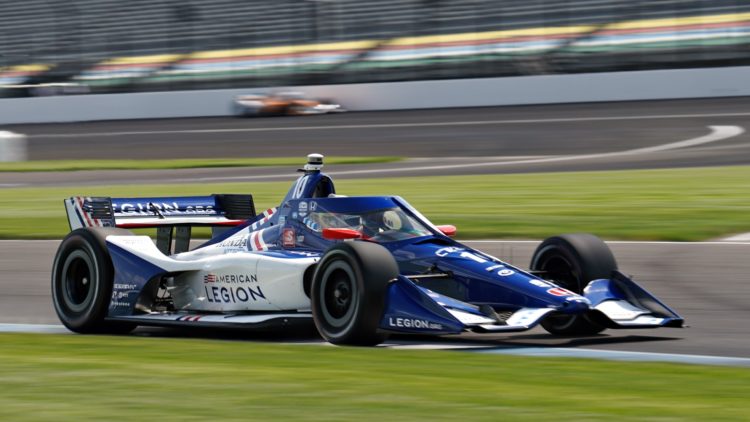 Palou was the only driver with a Honda engine in the Fast Six qualifying session. Photo: Kevin Dejewski

There has been a trend this year that has seen drivers with Chevrolet power plants taking all four wins so far this IndyCar season, and four out of five poles.

Drivers have said that Chevy made a step forward with the drivability of its engine this season, which has helped them get a handle on all aspects of a lap.

That drivability has led to a measured improvement in results this season, even when Honda drivers show they have raw pace early in the weekend.

Alex Palou qualified second for this weekend’s GMR Grand Prix, and is the only driver with a Honda engine that made it into the Fast Six session.

Asked if he feels that Honda is lacking in performance, Palou denied that he feels any problems and asserted that he believes the engines are quite equal.

“I was not lacking power today,” said Palou.  “Otherwise, I wouldn’t be up there.  Yeah, I don’t know.  It works that way here, but it was working the other way some other races.

“So, yeah, I’m happy being up there and being able to fight.  It was a great day for us.  Really fast all day, all practices. We tried to improve the car for qualifying, and we did.

“We found some stuff, which I was really happy about, and we got through Fast Six. That’s the main target to start up front. And then when you are with use reds and you have only one lap it’s tough to make it happen, right? Yeah, it was a good day for us.”

Palou currently leads the points standings despite not yet winning a race this season due to him finishing on the podium for a majority of the races run in 2022.

The next Honda-powered driver sits sixth in the standings, however, pointing to a possible difference that is still affecting others on the grid.