‘Good mission’ for F1 to find next US driver – Hamilton 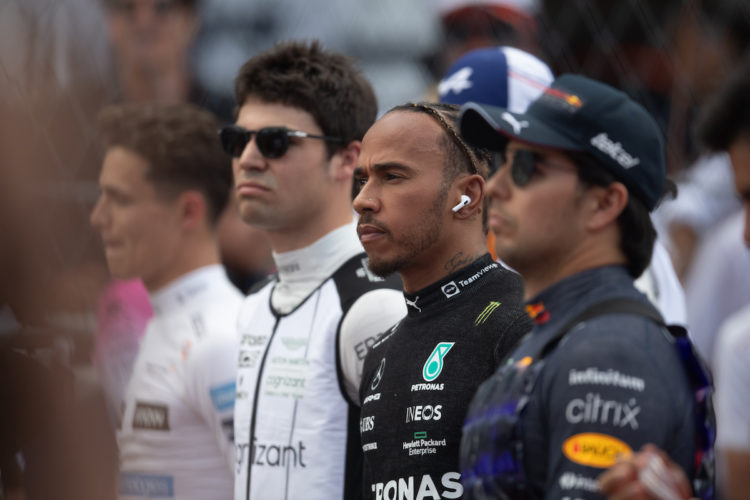 Seven-time Formula 1 World Champion Lewis Hamilton says it would be a “good mission” for the sport to find the next American driver.

F1 raced in Miami last weekend, which was the first of two US-based grands prix on the 2022 calendar.

In 2023, that number will increase to three, as Las Vegas has signed an agreement with the sport to host a Saturday night race.

With F1 interest in the US growing, the grid currently doesn’t have an American driver, with Alexander Rossi in 2015 being the most recent inclusion.

However, Hamilton has backed F1 to successfully attract a US-born driver going forward.

“It doesn’t really surprise me [that there are currently no US F1 drivers],” Hamilton said.

“I mean, in my 16 years of coming over here, it’s been such a slow build, trying to bring awareness of the sport.

“Unfortunately, the Americans have to wake up at odd times in order to watch a grand prix.

“But I think this new step that’s been taken, into bringing awareness, the Netflix show, has really just brought in that amazing fan base, a sport fan base that we have, that there is here in the US.

“And maybe now’s the time to start focusing on how we can include more people here, because it’s such a diverse country.

“I’m sure there’s some amazing drivers here somewhere, as they’ve got so many great sporting talents. So, it’d be a good mission for us to find the next one.”

IndyCar’s Colton Herta has been tipped to make a move to F1 in the coming years, with Michael Andretti pushing to join the grid in the near future.

The California-born driver has spoken about his desire to reach F1, insisting it is a “serious ambition” of his.