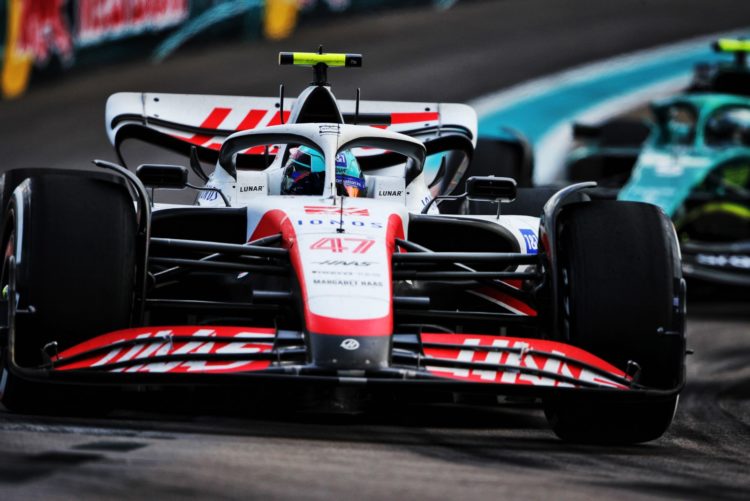 Haas was left to lament separate incidents during the closing stages of Formula 1’s Miami Grand Prix as it saw its hopes of points fall by the wayside.

Mick Schumacher was on the cusp of scoring his maiden top 10 finish in Formula 1 but collided with compatriot Sebastian Vettel and was forced to pit for repairs.

Kevin Magnussen took an extra pit stop under the late Safety Car for fresh tyres but twice clashes with Lance Stroll and pulled into the pits on the final lap.

“The car was really good so I’m gutted that we didn’t get to stay in position – I think it was our best race so far this year,” said Schumacher.

“We’re all racers, we’re all trying, and it was always going to be tough to keep new tyres behind us and it was very unfortunate to end the race in that way.

“We were on the road to getting points, but we’ll have to wait some more.”

The result kept Haas eighth in the Constructors’ Championship, remaining a point behind AlphaTauri, which also failed to score.

“Clearly not the day we wanted – especially being one of our home events,” said Haas team boss Guenther Steiner.

“The pace in the car was there and it was demonstrated by both drivers, but once again we got unlucky with some events on track.

“It’s disappointing to look like you were going to come away with points and then not – Mick’s incident with Sebastian took care of that unfortunately. We then had to retire Kevin’s car on the second to last lap with damage he’d sustained earlier while he was fighting to get back into the top 10.

“We learn lessons in races like this and we have to apply those lessons moving forward to better ourselves.”