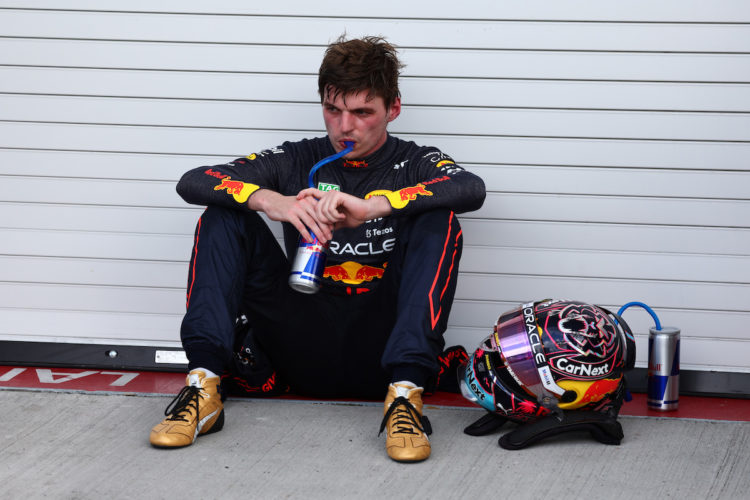 Max Verstappen says his route to victory at the Miami Grand Prix was challenging due to the heat he was exposed to during the race.

The air temperature at the start of the grand prix was over 30 degrees Celsius, and it didn’t falter much by the time the chequered flag was waving.

Verstappen led much of the race after taking the lead from Charles Leclerc on lap nine, but came under pressure from the Monegasque driver following a Safety Car restart in the final 10 laps.

The Dutchman was forced to push to stay ahead, increasing the strain on his body amid the high temperatures.

“I was not very happy with that Safety Car, but of course, [it’s] fully understandable with what happened,” Verstappen said.

“And of course, I think you can’t be too disappointed about it. Because also in the past, I mean, it has benefited me in some other races.

“So I knew of course, it was going to be a tough one to the end already. Because it was quite physical out there. I knew, well now the next 10 laps I think it was, we have to be flat out, so on a track like this is not easy.

“I was struggling a bit initially with the tyre temps, like I was sliding around a bit too much for my liking, but then once the tyres came back up to temperature, I think I had a little bit more pace and pulled out of the DRS which was very crucial around here.”

Verstappen admitted that the heat inside the cockpit was akin to that of Singapore, which is often labelled the most physically demanding grand prix of the year.

“It’s pretty similar [to Singapore],” Verstappen said. “It’s very hot in sector two as well. And of course because this is a day race, with the sun out there, it makes it really hot.

“So I was very happy once we always got to the straight because that gave you a bit of air.

“Also in the Safety Car just clicking your visor one step up, you know to have a bit more air coming it was pretty nice.”