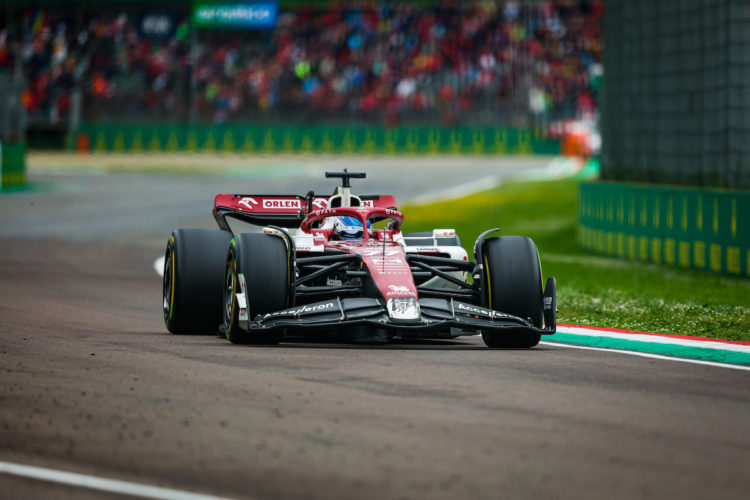 Alfa Romeo’s showing at the Emilia Romagna Grand Prix two weeks ago displayed that its pace is “not a fluke” in 2022, according to Team Principal Frederic Vasseur.

Alfa Romeo has spent the last handful of seasons competing towards the rear of the field and struggling to score points.

However, the team has started the 2022 campaign strongly, scoring top 10 finishes at three of the opening four grands prix.

At the most recent outing at Imola, Valtteri Bottas was chasing Mercedes’ George Russell for fourth place, but took Alfa Romeo’s season-best result in fifth.

Vasseur says that the team’s form is providing it with confidence as the season progresses.

“We approach this race [in Miami] in a strong position and with a confident mood,” Vasseur said.

“We showed in Imola, where we fought for the highest positions, that our form from the beginning of the season was not a fluke.

“We are actually improving with every round, and we are in a situation in which we can reap the rewards of our work, but we cannot get carried away.

“The whole field is still very compressed and a minor swing in performance, be it track-related or due to upgrades, can mean the balance can shift significantly.

“That’s why we have to keep working hard to extract everything from our package: we know we can score big in every race, but execution needs to be flawless if we want to beat our rivals.”

Bottas has scored all but one of Alfa Romeo’s points so far, with rookie team-mate Zhou Guanyu taking 10th place at his F1 debut in Bahrain earlier this year.