Norris says it would be ‘cool’ to jump straight into qualifying 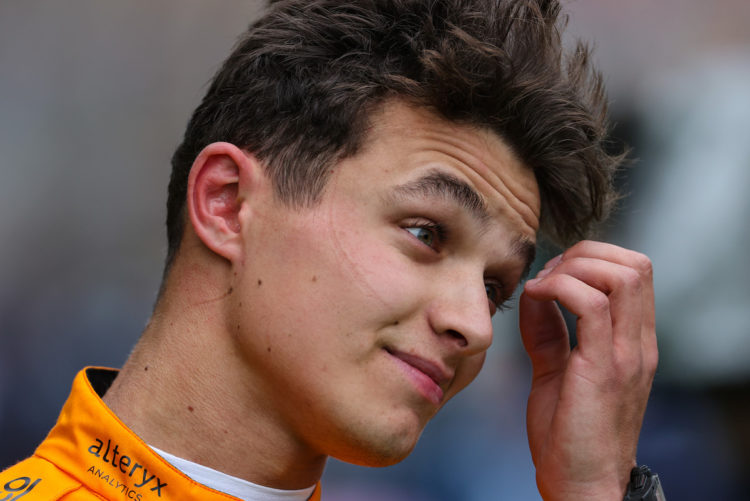 Lando Norris says it would be “cool” to try a new weekend format that sees drivers head straight into qualifying at the start of a weekend.

Formula 1 introduced a new format last year, which sees traditional qualifying held on a Friday, before a shorter race takes place on Saturday.

The ‘Sprint’ format, which was used last time out at the Emilia Romagna Grand Prix, gives the drivers just one hour of track time before they are placed in a knockout qualifying situation.

With less time to prepare, mistakes are more likely to occur, placing extra pressure on the shoulders of the driver.

Norris says that while he would be open to attempting the format of skipping practice and jumping straight into qualifying, he admits he wouldn’t be a fan of using it as the default format.

“I wouldn’t like it every weekend. These cars are not easy to set up but I guess once in a while it’s something exciting, something different,” Norris said.

“It’s a big challenge for us as drivers, I guess probably more than anything, to jump in and find the limit.

“And maybe people would like that more, maybe you can stand out more in those types of situations where you have a very limited time.

“I guess if you’re into qualifying, you have laps, you know two or three laps in qualifying to try and find the limit.

“I think it’d be a cool thing to do every now and then but it’s not something I’d probably prefer over the whole year.

“You know, you want time to set up the car well and get comfortable with the car and so on so we’ll see.”

F1 is looking at doubling the number of Sprint weekends from three to six for 2023.