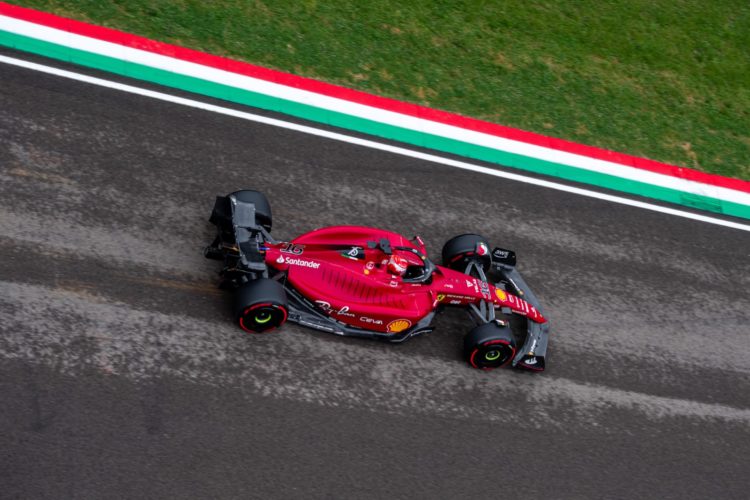 Ferrari says it will have “a few parts” coming for the Miami Grand Prix but bigger upgrades are expected at the forthcoming events.

Ferrari has not undertaken major revisions to its F1-75 since pre-season testing after opting to focus on maximising the potential from its existing package.

It has led the Constructors’ Championship from the outset but its advantage was slashed to 11 points after the Emilia Romagna Grand Prix after Red Bull’s emphatic 1-2 finish.

“We will not have the main one in Miami but still we will have a few parts on the car,” Mattia Binotto explained.

“Miami is a high-speed circuit compared to the ones we have had so far so certainly in terms of downforce, we will run something different compared to what we had.

“We are quite confident, it’s quite an efficient one but we know as well Red Bull have got a good medium, low downforce package as well. They will be competitive.

“We will adapt our car in terms of downforce levels, which is important. We are still working on the porpoising which is still quite visible we’ve got it, certainly more than the one of Red Bull and in there, there’s still some performance potential that we need to try and get.

“These are the main ones for Miami but the main upgrades will come soon after.”

Binotto acknowledged that Red Bull’s straight-line speed is a strength but is adamant Ferrari has adopted the right strategy.

“It was very difficult for us, or impossible to pass, without the DRS situation,” Binotto said.

“The fact that we have got more clipping, that’s a compromise which is a choice we made in terms of design.

“We still believe that our one is the right choice or the good choice but still showing that, yes, the power unit is certainly competitive and Red Bull have got a good engine as I think we have but overall it’s very balanced between the two.”