‘Unrealistic’ to think Mercedes can fight for 2022 F1 title – Wolff 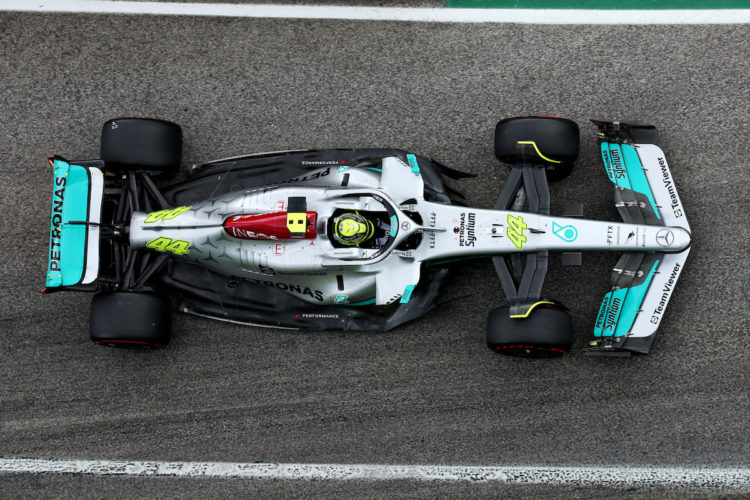 Mercedes team boss Toto Wolff has all but ruled Mercedes out of contention for the 2022 Formula 1 Championship following Saturday’s F1 Sprint in Imola.

After the team’s double Q2 exit from qualifying on Friday, both Lewis Hamilton and George Russell struggled to progress forward during the 21 lap race on Saturday afternoon.

Russell is set to start Sunday’s grand prix in 11th, while Hamilton will line up in 14th place.

Mercedes has struggled throughout the opening four race weekends of the year, a dramatic change following its eight years of competing consistently at the front of the grid in the turbo-hybrid era.

Speaking after Saturday’s action from Imola, Wolff said: “We are four races in and today marks the low of the first four races.

“It is obvious that we are not anywhere near the fight at the front.

“It would be a pretty unrealistic to claim we have a slot among the frontrunners fighting for the championship.”

Mercedes’ struggles on Friday were largely due to not being able to generate tyre temperature in a short period of time.

This has been the case for Mercedes across the opening events of the year, however during races, the Brackley-based squad has been able to switch on its tyres with a number of laps under its belt and overtake the midfield pack with notably the third fastest package.

However, that wasn’t the case during the Imola sprint race, with Wolff conceding that Mercedes’ raw performance wasn’t enough to get by some of the midfield cars.

“I think what we saw today is that we haven’t got a car with enough performance differential to some of the midfield cars to overtake them,” Wolff said.

“If we were running in free air then the picture would not be any different to the previous races.