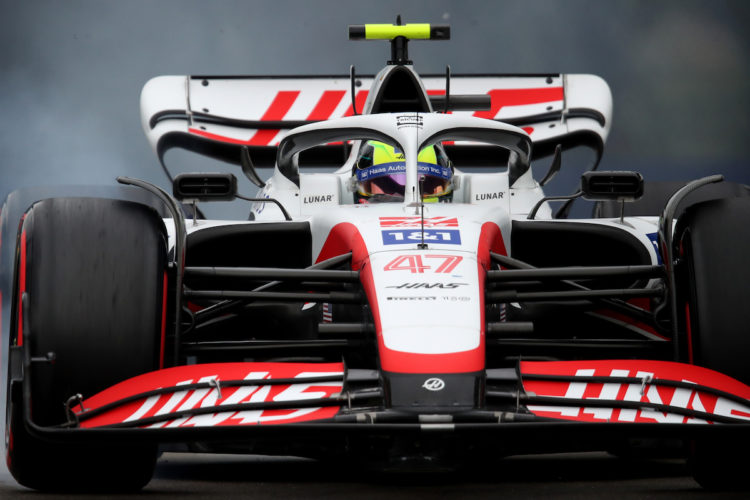 Mick Schumacher has accepted blame for missing out on a spot in Q3 for the first time in his career following a mistake during his best effort in Q2.

The early laps during the second segment of qualifying proved to be crucial, as heavy rain began to fall shortly after the green flag.

Schumacher crossed the line to go 12th fastest, but was left to rue a mistake at Turn 7 during his lap that he says cost him his maiden Q3 appearance in Formula 1.

“It has to do with me unfortunately, I had a mistake at Turn 7 which led me to lose over a second,” Schumacher said.

Schumacher’s team-mate Kevin Magnussen progressed through into the final stage of qualifying, and managed to place his car in fourth place on the second row.

It marked Haas’ best-ever qualifying result since it entered the sport in 2016, and it leaves Schumacher confident that the car has the pace to compete higher up the order.

“The car feels great, already in Melbourne we were able to fight with the cars around us,” he said.

“One thing which is very positive, we were keeping the tyres alive for quite a while. We have all to play for and hopefully we have a bit of luck on our side to get through and maybe get through to the points.

“We’ll go in open-minded, if we see a gap we’ll go for it and if not we’ll try and pressure them as long as they can until they make a mistake.”