Bottas: Stroll’s racing in Australia was ‘on the limit’ 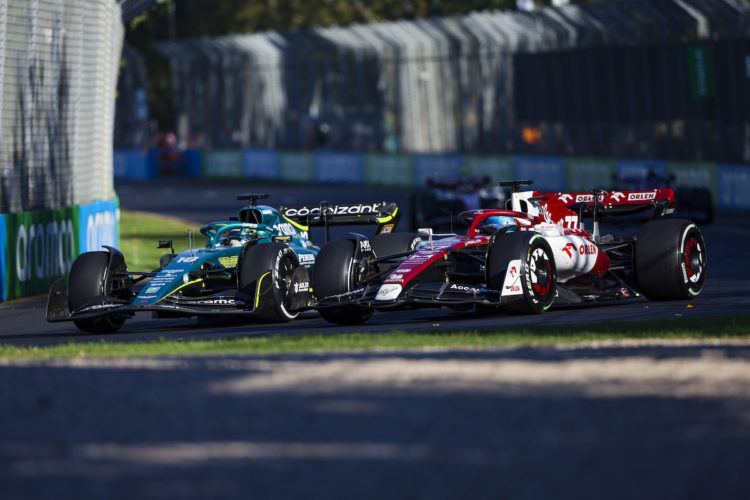 Valtteri Bottas has labelled Lance Stroll racing conduct at the Australian Grand Prix as “on the limit”.

The pair were battling for position on lap 42 of the race, with Stroll overtaking Bottas at Turn 3, pushing him wide and off the circuit as he did so.

Bottas then lost out to the AlphaTauri of Pierre Gasly, however he would re-pass the Frenchman when he made a mistake later in the race into the penultimate corner.

Speaking about his battle with Stroll, Bottas says that forcing another car off the circuit shouldn’t be how racing unfolds.

Stroll was also penalised for weaving on the straights as he attempted to defend his position, leaving Bottas to call the Canadian as one of the grid’s more aggressive racers.

“On the limit I would say, yes. He made me go off the track at some points and I don’t think that is ideal,” Bottas said.

“I know he is one of the more aggressive ones and I think that penalised him today.

“The weaving made it really hard for me to decide which was to go, so it was a bit on the limit, I guess.

“Then he also forced me to go off the track, I don’t think that’s not how you should race but, in the end, I managed to get through. It cost me a bit of time, for sure, otherwise [Esteban] Ocon might have been reachable.”

Bottas ended the race in Melbourne in eighth place, bringing Alfa Romeo’s point tally for the year to 13, matching its total score from 2021 across 22 grands prix.

“It’s good to get four points after starting 12th, the Finn reflected. “We definitively made the right choice with the wing, it gave me the opportunity to do some good overtaking.

I had good straight-line speed and could make the moves, and from start to finish I was battling all the time, so that was pretty cool.

“The pace of the car has been good and this is now our baseline for the rest of the season, but now we just want more, so the main focus is just trying to get better.”