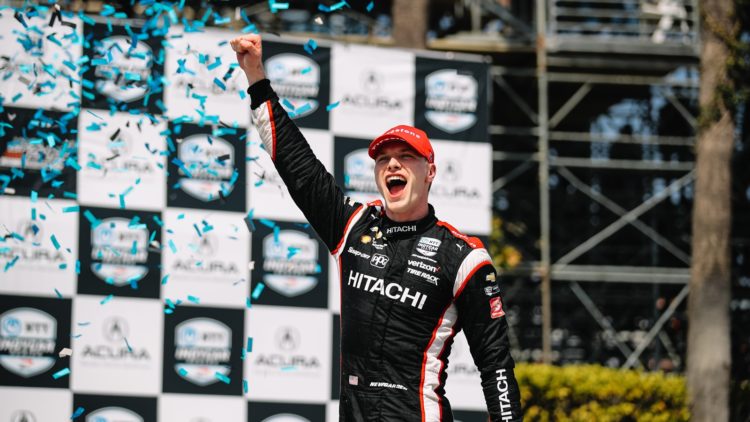 Newgarden is pleased to finally get a win at Long Beach. Photo: IndyCar

Josef Newgarden has been trying to win on the streets of Long Beach since 2012, and he was finally able to get the job done this past weekend on his tenth attempt.

The Grand Prix of Long Beach is considered one of IndyCar’s premiere events, with the event that is shared with an IMSA sportscar race generating a lot of hype each year.

After dramatically holding off Romain Grosjean and taking victory on Sunday, Newgarden described how this particular win means more to him as a driver and it means more to his Team Penske crew as well.

“This place is a hard nut to crack.  It’s a lot of pressure like the Indy 500. Everyone looks at this place as the crown jewel of our sport, and it would be honor to win here and you feel it within the team.

“The team was so pumped up to be able to win around this place.  It does mean more than some other tracks. So I think that’s what adds to the difficulty.

“I was glad it didn’t go yellow with three laps to go.  At least it wasn’t some token victory where the yellow was out really early.  But we had to work for it today.

“As soon as I got comfortable I felt like a yellow came out and we had to pretty much go from zero again, and in some situations fighting against I would say us as a deficit with tires. It was not easy today by any means.”

The win was Newgarden’s second of the season, and vaults him into the points lead over his team-mate Scott McLaughlin.

IndyCar’s true crown jewel event is the Indianapolis 500, which is still on Newgarden’s wish list and is already on his mind despite being nearly two months away.

The next event on the calendar is a stop in central Alabama for a visit to Barber Motorsports Park.  That race takes place on Sunday, May 1.