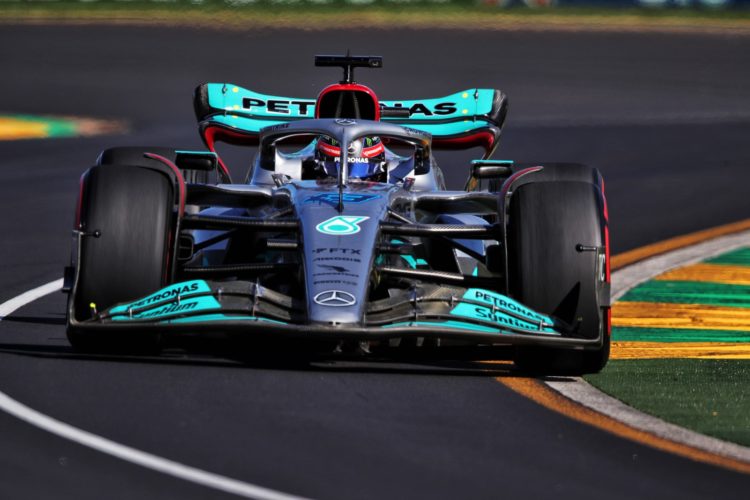 Mercedes is encountering a “vicious circle” at Formula 1’s Australian Grand Prix, according to its engineering director, following a poor practice display.

Mercedes had endured a subdued start to the 2022 campaign, lacking behind Ferrari and Red Bull Racing, as it strives to understand its recalcitrant W13.

In Friday’s second practice session at Albert Park Mercedes failed to crack the top 10 as it struggled for performance.

George Russell was in 11th spot, with Lewis Hamilton 13th, as he complained that set-up changes made to the car failed to yield any positive outcome.

“We’re finding it hard to generate tyre temperature here so that’s the big thing we need to work on,” said Andrew Shovlin.

“We were clearly more competitive in the first session than in the cooler conditions of the afternoon session, and the data we’re seeing from the car is supporting the fact we’re just not hot enough.

“If we can improve that then it’s quite possible to find a good amount of grip but at the moment, we’re in a vicious circle where the drivers don’t have the confidence to carry the speed through the faster corners, and it’s that speed that will generate the temperature we desperately need.

“So, not an easy day overall but we’re getting used to those this year.

“We already have some ideas of which direction we can go with the setup and will do more work in Brackley to understand those changes better, so fingers crossed we can move forward.”