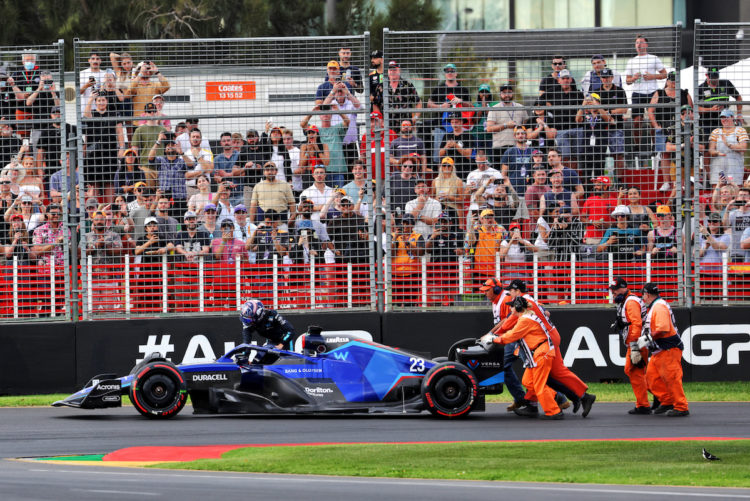 Alexander Albon has been disqualified from qualifying at the Australian Grand Prix for failing to provide a fuel sample.

Albon stopped on the track at the end of Q1 after qualifying in 16th place, but was set to be demoted back three positions due to a grid penalty he picked up in Jeddah two weeks ago.

The FIA requested a 1.0 litre fuel sample from Albon after the session, however it was only possible to extract a 0.33 sample from the car.

The matter was referred to the Stewards, who have found Albon’s car guilty of being in breach of Article 6.5.2 of the technical regulations.

A statement from the Stewards reads: “Given this situation, Car 23 is not in compliance with the requirements of Article 6.5 of the FIA Formula One technical regulations.

“The Stewards determine to apply the standard penalty for technical infringements. Therefore they took into account, that it shall be no defence to claim that no performance advantage was obtained.

Albon is now expected to start Sunday’s race from the pit lane.