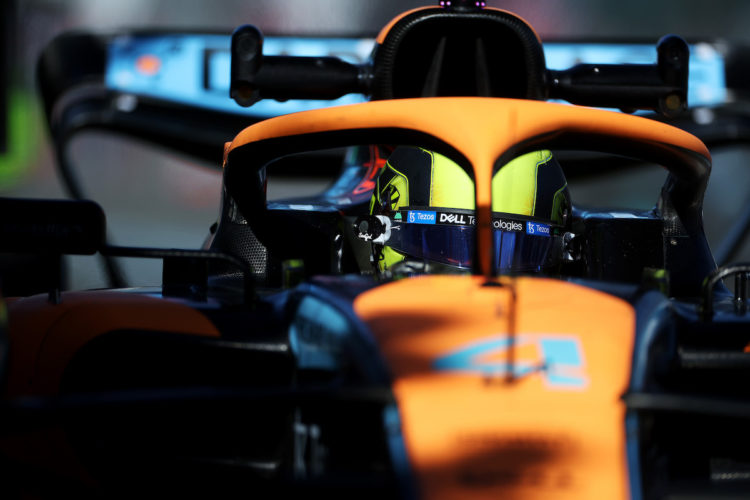 Lando Norris has described the opening day of practice in Melbourne as McLaren’s ”best Friday so far” in 2022.

The Woking-based squad started the new Formula 1 campaign on the back foot, scoring its first points of the year last time out in Jeddah.

It has asserted on multiple occasions that it will not fix its issues overnight, with Norris stating that its major problem is a lack of downforce.

Norris ended FP2 in Melbourne in eighth place, while team-mate Daniel Ricciardo was 10th, leading Norris to hail a positive day for McLaren.

“It looked alright. It wasn’t amazing, it was decent,” said Norris. “Probably our best Friday so far, so I’m hoping it can continue into tomorrow because we have a good feeling.

“We’re extracting everything we can out of the car and I think we’re doing a good job, but a lot of what you’re seeing is just the track.”

However, Norris says that work is needed on McLaren’s long-run pace ahead of Sunday’s grand prix.

“I think we have a bit more work to do in the long runs, I’m a bit more confident in the short run,” Norris said.

“I think a bit of it is our car limitation and a bit of that is exposing a bit more in the high-fuel pace. We have a bit to understand there and some improvements to make for tomorrow.

“We made a few changes, and we’ve learned a bit this weekend already and from the previous few weekends that we’ve implemented and I think that is working reasonably well.

“So we’ve taken a small step forward. It’s a good start and hopefully over tonight we can continue that into tomorrow and make a couple further improvements.”