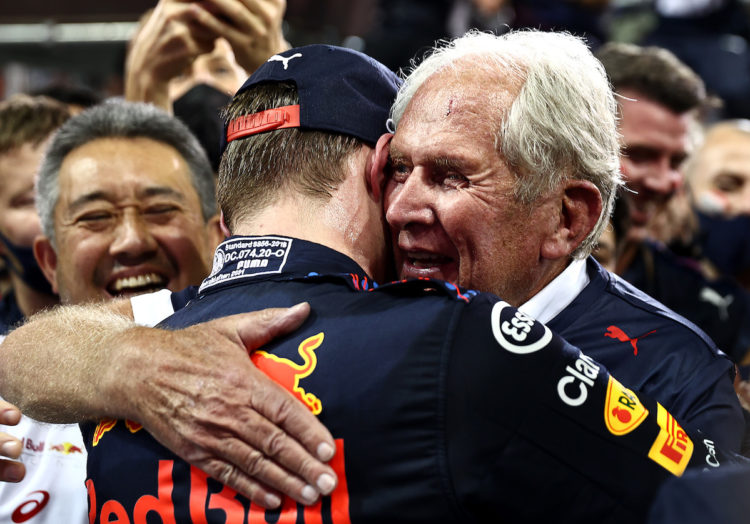 Earlier this year, Red Bull announced that it had extended with Verstappen in a new long-term deal that will expire at the end of the 2028 season.

The fresh deal was announced just a handful of months after Verstappen claimed his maiden Drivers’ Championship with the Milton Keynes-based squad.

Speaking to Formel1.com, Marko has stated that should Red Bull suffer a setback akin to its 2014 season, a release clause exists that could see Verstappen leave the team.

“Of course, if we experience a ‘crash’ like in 2014, when we had absolutely no chance against Mercedes on the engine side, then it’s clear there is an escape clause,” he said.

In 2014, Red Bull entered the sport’s new turbo-hybrid era on the back of four consecutive Drivers’ and Constructors’ Championships.

However, Mercedes emerged as the pick of the field, with Red Bull only picking up a smattering of wins across the next six years.

In 2021, it competed for the title for the first time in several seasons, with Verstappen beating out Hamilton in dramatic style at the finale in Abu Dhabi.

Marko believes that Verstappen’s success will be an attractive prospect for potential partners looking to collaborate with Red Bull going forward.

“Max is an important link in the chess game,’ Marko said. “It is not surprising that manufacturers take this into account.

“It was therefore important for Red Bull to be able to say that we have committed the best driver to our team until 2028.

“If you have someone like Max in the ranks, it has a positive effect on the rest of the team and the team partners.”