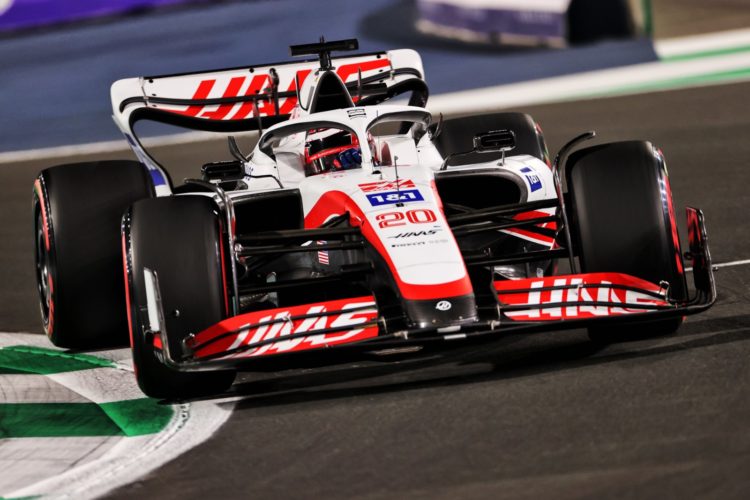 Kevin Magnussen conceded his fitness was lacking during the final stages of qualifying for Formula 1’s Saudi Arabian Grand Prix.

Magnussen was drafted into action just a couple of weeks before Formula 1’s season-opener in Bahrain after Haas dropped Nikita Mazepin.

Magnussen qualified seventh in Bahrain, before racing to fifth, as he picked up Haas’ best result since 2018.

Upon his first visit to the high-speed Jeddah Corniche Circuit Magnussen again made Q3 but went slowest in the session after struggling physically.

“We have to be happy with Q3, but I think the car was better than P10, I didn’t get the most out of it,” said Magnussen.

“Honestly my neck just completely broke in Q3 – suddenly it just snapped, and I couldn’t hold it any more, I wasn’t driving well.

“Mick is uninjured which is good and incredible when you see the crash that he had,” he said.

“The safety is so good with these cars with the fact that you can walk away from a crash like that, it’s impressive.

“I think he was having a great qualifying session up until that point and he was up for a good result, so he’ll just need to come back and get on the horse and bounce back.”

Magnussen will be Haas’ sole entrant in the race after the team opted to withdraw Schumacher.