Talks between drivers ongoing amid uncertainty over Saudi Arabian GP 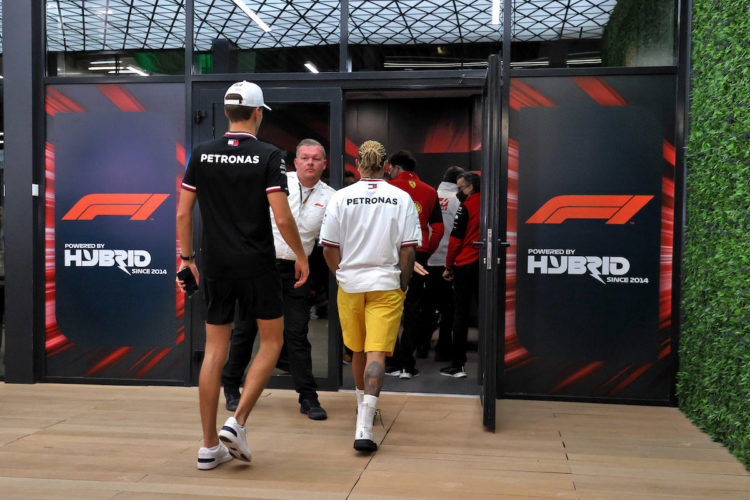 A meeting at the Jeddah Corniche Circuit between Formula 1 drivers is still ongoing amid uncertainty regarding the future of the Saudi Arabian race weekend.

On Friday, a missile hit an Aramco oil depot situated some 10 kilometres away from the track that is hosting the second round of the 2022 season.

Shortly after, Houthis rebels claimed responsibility for the incident.

A meeting was held prior to the start of FP2 between F1 and its teams, before another took place after the day’s action had wrapped up.

F1 insisted after its second meeting that the race weekend would proceed as normal, after being provided assurances from Saudi Arabia that it was safe to do so.

All 10 Team Principals agreed unanimously to continue the race weekend.

“It was a good meeting,” said Mercedes boss Toto Wolff.

“We as Team Principals we have been assured that we are protected here, that’s probably the safety place in Saudi Arabia at the moment, that we’re racing.”

However, it appears that drivers have ongoing concerns over the event, with a lengthy meeting taking place at the track well past midnight in Jeddah.

The drivers were discussing the matter amongst themselves, before F1 CEO Stefano Domenicali and Managing Director Ross Brawn were called back to the meeting.

Most recently, team bosses have arrived in the meeting room to talk with the drivers, who have been convening for some three hours.