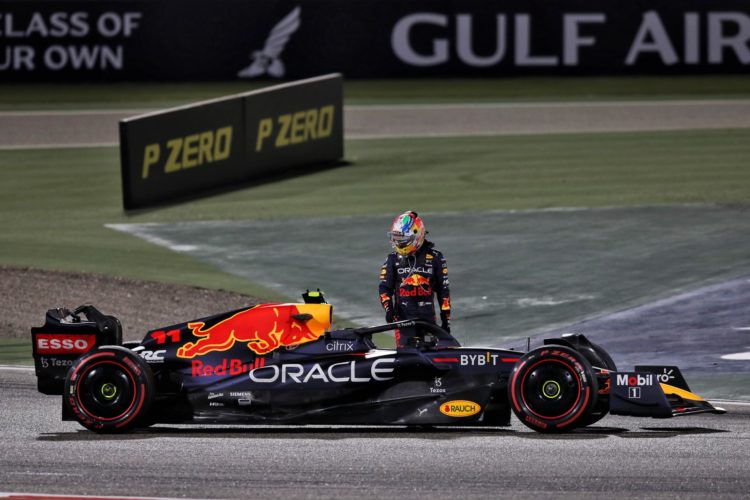 Red Bull Racing has confirmed the cause of its late double retirement at Formula 1’s Bahrain Grand Prix and has installed fixes for the upcoming round in Saudi Arabia.

Max Verstappen was on course for second place at the season-opening event but slowed and stopped during the closing stages.

That promoted team-mate Sergio Perez to third but he halted on the final lap.

Red Bull suspected that a fuel pressure problem was to blame for both failures and have now revealed more details.

“The correct amount of fuel was in both cars but a vacuum prevented the pumps from drawing fuel and delivering it to the engine,” the team outlined.

“We’ve taken the necessary steps to correct the issue and we expect no problems this weekend.”