Domenicali: F1 has received ‘all assurances’ from Saudi Arabia 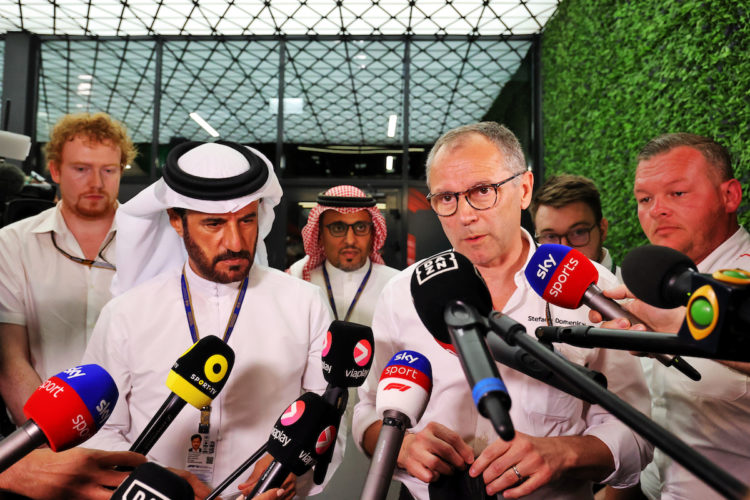 Formula 1 CEO Stefano Domenicali says that the sport has received “all assurances” from the Saudi Arabian government that the current grand prix weekend is safe to continue.

On Friday, a missile struck an Aramco oil depot just a handful of miles away from the Jeddah Corniche Circuit, with Houthis rebels claiming responsibility for the incident.

A meeting was called prior to the start of free practice two, before another gathering took place after the day’s action had wrapped up.

All Team Principals unanimously agreed to continue with the weekend, with Domenicali asserting that F1 is operating in a safe environment.

“We’ve received all assurances that the country’s safety comes first, no matter the situation, safety has to be guaranteed.

“They are here with their families, so they have in place all the systems to protect this area, the same with the place where we’re going.

“So we have to trust the local authorities in that respect and, therefore, of course, we go ahead with the event.”

FIA president Mohammed Ben Sulayem was also present at the meeting, and assured that the F1 paddock is not being targeted by the missiles.

“They are targeting the prospector of the oil company, not the civilian and not, of course, the event. Of course we had assurances from high level this is a secured place, the whole place will be secured and let’s go on racing.

“For sure all the families are here, we’re only looking forward but with the assurance that nothing is going to happen.”