Bottas: Alfa Romeo ‘can fight for best of the rest’ 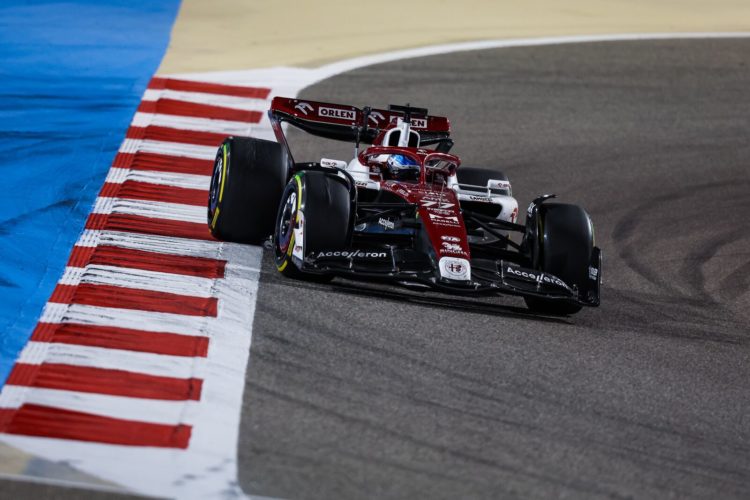 Valtteri Bottas believes Alfa Romeo’s display in Bahrain proves it has the potential to fight for ‘best of the rest’ behind Formula 1’s leading three teams.

Bottas started from sixth but tumbled outside of the top 10 on the opening lap after suffering from excessive wheelspin.

Bottas nonetheless recovered from the poor getaway to climb into the points and was set for eighth until Red Bull’s late double failure, which promoted him to sixth.

It marked Alfa Romeo’s highest Formula 1 result since 2019 while debutant Zhou Guanyu moved into the top 10 after Red Bull’s exit to claim a point.

“If someone had told us beforehand we’d be P6 either in qualifying and the race, we would have taken it,” said Bottas.

“And, actually, having both cars in the top 10 is a lot better than the team has been used to in the last few years.

“I feel like for us the next target is beating Haas, they have a strong car but, still, Mercedes, Red Bull and Ferrari they’re a bit further away.

“At least we’re almost there for best of the rest, at the moment, so it’s not a bad starting point.”

Bottas added that Haas was “pretty strong in the race” and that “if Kevin [Magnussen] didn’t have the issue I don’t think I could have matched his lap time” in qualifying.

Magnussen qualified behind Bottas, having suffered from a hydraulic issue that disrupted his run plan, but finished in front in the grand prix.

Alfa Romeo holds fourth in the Constructors’ Championship, on nine points, one behind Haas.