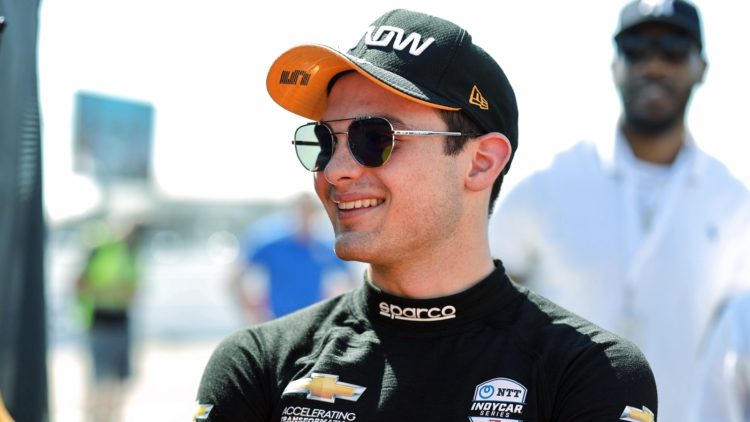 O'Ward has the personality for F1, and could have the skills as well. Photo: IndyCar

In the past couple weeks, Pato O’Ward’s name has come up again in regards to a possible switch from IndyCar to Formula 1 in the future.

O’Ward, now starting his fourth IndyCar season, is one of the series’ most talented drivers.  He scored two wins last season, and was in the championship fight right through the final race of the year.

He is also still young enough to potentially make a jump into the pinnacle of motorsport.  At 22 years old, and with a solid relationship with McLaren Racing, the Mexican driver is on everybody’s short list for a possible F1 conversion.

As a reward for his maiden IndyCar win last season, O’Ward was gifted a test day in a McLaren F1 car in December by McLaren Racing CEO Zak Brown.  During that test, there was no end to the smiles and laughs coming from the cockpit.

In a media call on Wednesday, O’Ward addressed the renewed rumors of him leaving IndyCar in the near future, and what he didn’t say spoke louder than what he actually revealed.

“I’m fully focused in what I’m doing right now, which is driving and trying to do the best season that I can.  My group of people is just scouting out what my future is going to look like.

“I think we’re all going to have to wait and see what that answer is, to be honest with you.  I don’t want to lie to you.

“I think it’s too early in the season to truly see what’s happening.  Honestly, as of right now, like I said, I’m fully focused into delivering a season that I know I’m capable of with the team that is around me.  I’m sure things will start taking their place.

“Yeah, that’s pretty much as much as I’ve got right now for you.”

The lack of specifics in O’Ward’s answers fit perfectly with a driver who is exploring his options, and may have ambitions bigger than his current situation.

There is always a fine line drivers and teams have to walk when future plans are not yet finalized, so that neither one jeopardizes the current relationship.

When pressed by the media if his current situation allows him to look around and solicit offers which would then have the possibility of being matched by McLaren, O’Ward gave every indication that was exactly his situation.

“Oh, man. You’re good (smiling). Bingo.  I am currently under contract with McLaren.  Just like anything, there are scenarios that I could stay where I’m at or there could be scenarios where I could be in a different place.”