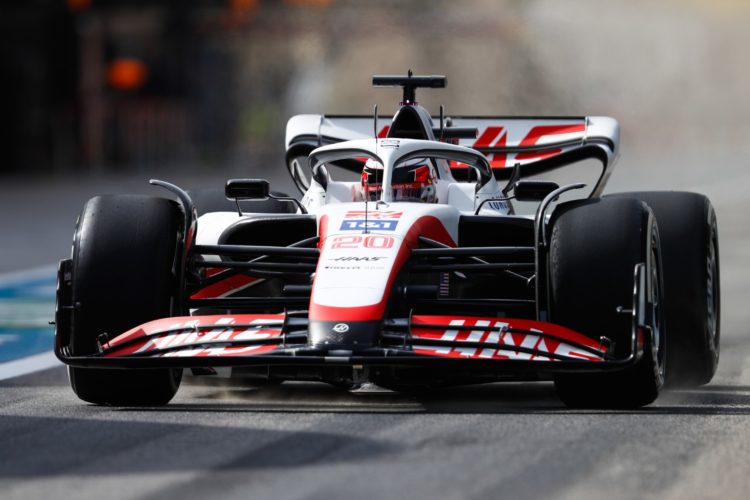 Kevin Magnussen says Haas can be encouraged by “good trends” from the VF-22 after testing but that reliability remains a concern.

Magnussen sealed a shock return to Haas last week in place of the ousted Nikita Mazepin and completed 98 laps across his sessions in the VF-22.

That was the fewest laps of any full-time driver, amid a spate of mechanical setbacks, and Magnussen zeroed in on reliability as a target – but was encouraged by the car’s potential.

“The car has had a few issues and reliability is the main thing we’re working on to be able to run the whole race – that’s the biggest job for us to do,” said Magnussen.

“Performance-wise, we have a rough idea. We’ve seen some good trends in the car and we’ll see next week where we stack up but at least the feeling is pretty good.”

Sophomore Mick Schumacher finished second-fastest overall, behind Red Bull’s Max Verstappen, albeit setting his best time during the cooler evening conditions in which only Haas was allowed to run.

Haas received additional track time in the evening due to the freight delay earlier in the week that was out of its control.

“In summary, we obviously haven’t been driving as much as we would’ve liked to,” said Schumacher.

“It’s a matter of are we quick or not and that’s what is positive – we are. We have a good car, we have something we can work with so everyone can be really happy and proud of themselves that we’ve achieved that.

“Now we have to be able to put it down on track when it matters, and that’s next week. I’m very much looking forward to what’s coming this year.”