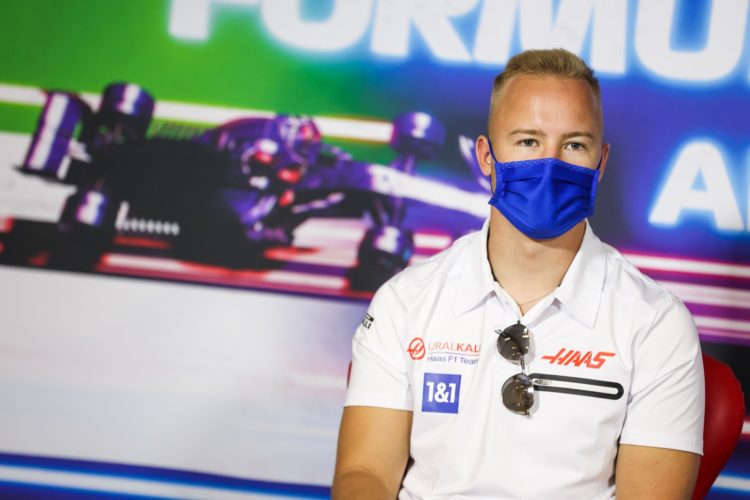 The European Union have added Nikita Mazepin, and father Dmitry, to its list of individuals sanctioned because of their connection to Russian President Vladimir Putin.

Mazepin was sacked by Haas on Saturday, with its Uralkali sponsorship also terminated, and expressed disappointment at the situation during a briefing with media on Wednesday.

The EU has now added 14 oligarchs, and associated family members, to its list of sanctioned individuals in response to Russia’s invasion of Ukraine.

An updated document outlines Dmitry Mazepin’s status as the CEO of Uralchem – parent company of Uralkali – and is “thus involved in economic sectors providing a substantial source of revenue” to the Russian government.

The EU also emphasised that Dmitry Mazepin, along with 36 other businesspeople, met with Putin on February 24, the day Russia launched its invasion of Ukraine.

Mazepin “met to discuss the impact of the course of action in the wake of Western sanctions. The fact that he was invited to attend this meeting shows that he is a member of the closest circle of Vladimir Putin, and that he is supporting or implementing actions or policies which undermine or threaten the territorial integrity, sovereignty, and independence of Ukraine, as well as stability and security in Ukraine.”

Nikita was added to the list due to his being “a natural person associated with a leading businessperson (his father) in economic sectors providing a substantial source of revenue to the Russian government.”

Earlier on Wednesday Uralkali outlined that it would be commencing legal action to recoup money already paid to Haas in anticipation of the 2022 season.