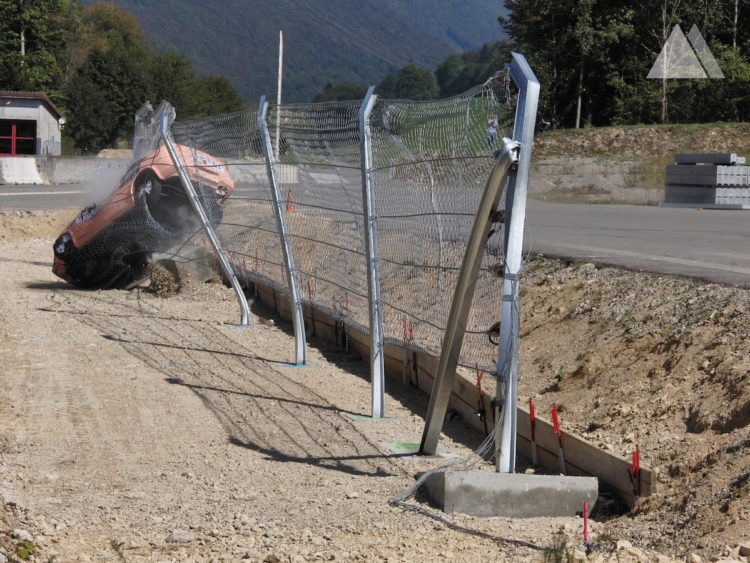 The FIA has homologated a new advanced debris fence system, which will be installed at all of its Grade 1 circuits.

Grade 1 tracks are used primarily for Formula 1 and various other top-level motorsport categories.

The new system has been designed by Swiss company Geobrugg. It says it “uses the latest technology to provide increased safety, whilst offering better views of the action for spectators and greater sustainability for racetracks”.

Currently, debris fences require steel posts to keep the structure in place, with the posts separated by a distance of four metres.

However, the distance between each post will now change to six metres while also maintaining the required strength.

According to Geobrugg, this “reduces the probability of a car making contact with one, which in turn enables the debris containment system to operate more effectively”.

The design remains similar to the 4-metre spacing concept, however there is an increased cable diameter of 16 millimetres in combination with high tensile helix spirals to connect the cable to the mesh.

The tests carried out on the fence included firing a 780kg sphere from a cannon at 60kph and an impact from a full-sized car at 150kph.

It was concluded that safety is increased for both open-wheel championships and bike riders as it decreases the probability of connecting with a steel post.

Geobrugg also highlighted that the system is an improvement on sustainability as it is expecting to put up to 600m (up from 400m) of fencing into one 40 foot container, reducing shipping weight and transport emissions.

Jochen Braunwarth, Geobrugg’s Director of Motorsport Solutions said: “We aimed for no less than a revolution in debris fences.

“A massive impact on sustainability whilst trying to improve safety and installation friendliness of the system was our goal.

“I believe we have achieved this and more. Circuits looking for a more sustainable solution and improved spectator experience shouldn’t look any further.”