Norris: 2022 F1 cars ‘not too different’ to predecessors 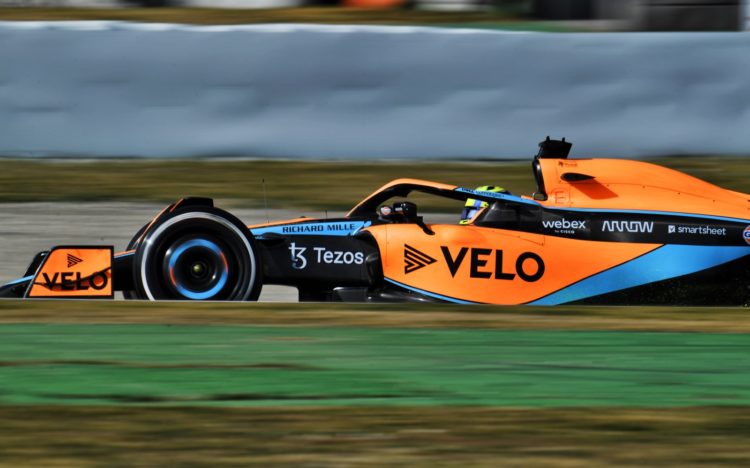 Norris clocked the quickest time during Wednesday’s opening test day at the Circuit de Barcelona-Catalunya and had a full day of running in McLaren’s MCL36.

Formula 1 teams have designed cars to meet radically overhauled regulations, featuring the return of ground effect, in a bid to produce closer and more exciting competition.

“There’s certain things you’ve got to change,” said Norris. “Not everything, a lot of things are similar, and you’ve just got to go out and feel the car and drive what’s best.

“I think I have a good understanding, and it’s still early, there’s still many things that I need to try and understand and get my head around.”

“On the whole a lot of things were quite similar. That was good because it allowed me as a driver to get in and feel quite confident quite quickly.

“There’s obviously a lot of talk about how different the car is it, but when I got in it I was like ‘ah it’s not actually too different to last year’, so I think there’s a lot of hype, a lot of talk, and everyone’s expecting so many differences.

“There are differences here and there, and some of them are quite big, some smaller, but at the end of the day it’s still a Formula 1 car and it’s meant to go almost as quick as last year, so there’s not going to be too many differences, but I got used to it and felt comfortable and will get used to it over the next few days.”