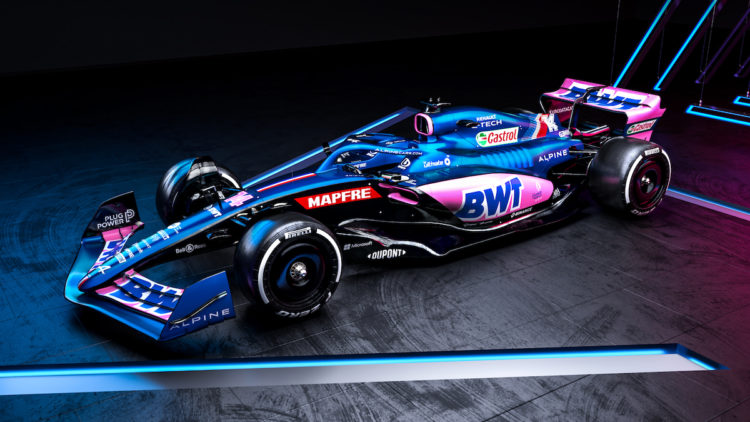 Alpine has presented its A522, the car with which it will compete in the upcoming Formula 1 campaign.

The A522 is equipped with a revised Renault power unit that has been under development for a couple of years.

Otmar Szafnauer has arrived from Aston Martin as its new Team Principal while Bruno Famin has been recruited to front the engine department.

They, along with Racing Director Davide Brivio, form a three-pronged management team that report to overall CEO Laurent Rossi.

Alpine has also formed a title partnership with Austria-based water treatment firm BWT, as is reflected in its revised livery.

BWT previously acted as title sponsor for Force India/Racing Point for four years and is also a partner of Formula 1.