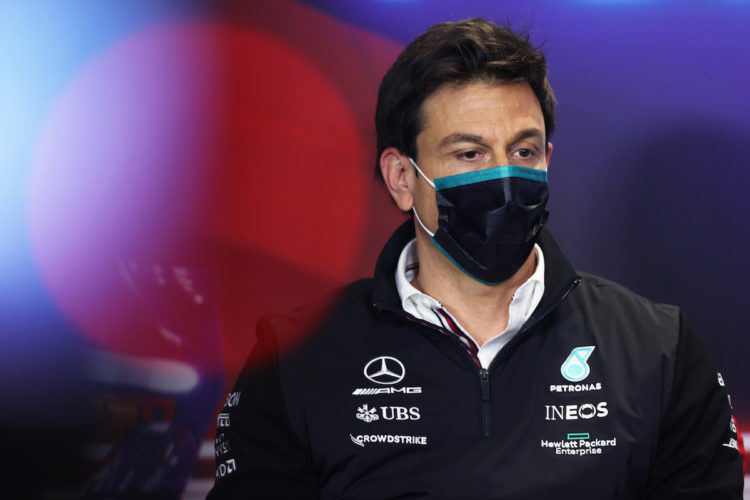 On Thursday, the FIA confirmed that Michael Masi would no longer hold the role of F1 race director, with a new system in place for the 2022 season.

Masi came under scrutiny for how he handled the race restart in Abu Dhabi last December, where Red Bull’s Max Verstappen beat Mercedes’ Lewis Hamilton to the World Championship.

This year, the race director duties will be handled in rotation by Eduardo Freitas and Niels Wittich, who have experience in the same role in the WEC and DTM respectively.

In addition, there will be a virtual Race Control panel to assist the race director with incidents across the weekend.

Speaking following the launch of the Mercedes W13 car on Friday, Wolff asserts that he is pleased with the action taken ahead of the new campaign.

“I believe that the right steps have been taken and I am optimistic about the changes that have been implemented,” Wolff said.

“Certainly the role of a race director is not easy, and now having two very experienced guys up there, that is good, but the support structure that has been built around them is essential.

Wolff believes that the changes were necessary in light of a series of decisions over the last number of years that were difficult to understand.

“I believe the last few years, couple of years, we have seen a little bit of freestyle in the interpretation of the regulations so yes, I’m happy with what has been implemented by the incoming president.

“I think that the restructuring within how decisions are being made in Formula 1, sporting decisions, have been made, and also technical decisions were necessary.

“Last year was a great season but it created a lot of polarisation with decisions that were not always easy to understand.”