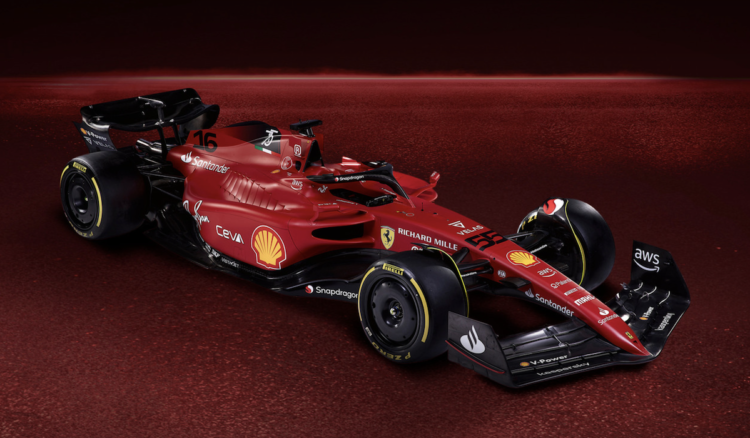 Ferrari has officially unveiled its 2022 Formula 1 car, the F1-75, as it strives to re-emerge as a contender in the championship.

Ferrari is in the midst of its longest win drought since the early 1990s, having endured two seasons without a victory, and has not taken a title since 2008.

After a deep malaise in 2020, when it slumped to sixth overall, it made gains in 2021 to rise to third in the Constructors’ Championship, beating McLaren.

It claimed five podiums and two pole positions across the course of the 22-event season.

Ferrari will continue to field Charles Leclerc and Carlos Sainz as its driver line-up, marking Leclerc’s fourth year at the team, and Sainz’s second.

Last year’s Formula 2 runner-up Robert Shwartzman has taken on the role of Ferrari’s test driver and will carry out two FP1 sessions per updated regulations.

Mattia Binotto stays as Team Principal, entering his fourth year in the position, while Enrico Cardile and Enrico Gualtieri continue to head the chassis and PU departments respectively.

The car is named to commemorate Ferrari’s 75th anniversary, when its first production car was fired up in 1947.

World Champions Mercedes is due to continue 2022’s launch season when it presents its W13 on Friday.