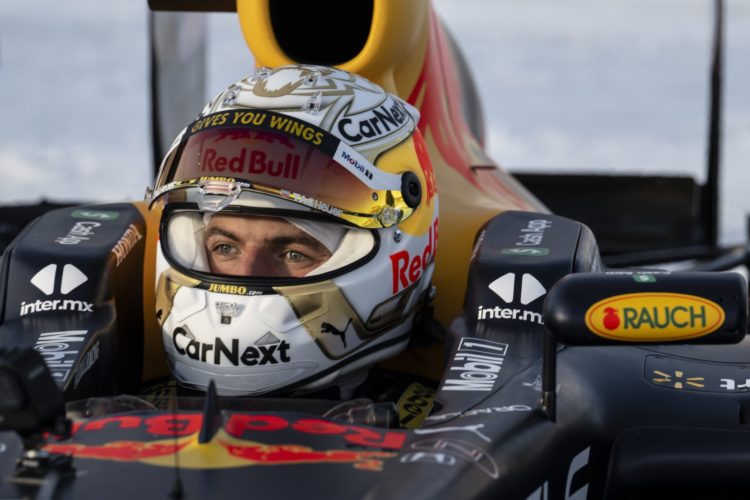 Max Verstappen says he feels no extra pressure as he prepares to head into a new Formula 1 season as the reigning World Champion.

Verstappen beat Lewis Hamilton to the crown during a dramatic and controversial finale to the 2021 campaign in Abu Dhabi.

Verstappen will sport the #1 on his Red Bull RB18, a render of which was presented on Wednesday, a couple of weeks ahead of testing.

“We don’t know what to fully expect so I’m excited to see how the car behaves on the track for the first time,” said Verstappen.

“The biggest adaptation this season will be the new regulations, we’ll need some time to get used to the car, it is not like you just jump in and it’s an upgrade from last year.

“The rest is pretty straightforward, I don’t feel any extra pressure this season, I will just do what I do all the time because I don’t think there is any reason to be different.

“Now I just I can’t wait for that first moment when I drive out of the pitlane in the RB18.”

Verstappen will again be partnered by Sergio Perez, who finished fourth in last year’s standings, via victory in Azerbaijan.

“All of us on the grid are starting from zero this season so it is set to be an exciting year,” said Perez.

“Last year, we gave it our all until the very last lap and we are ready to do the same in 2022.

“The new regulations are said to improve the competition on track, so I hope that for us as drivers we can compete more, race more and follow each other more closely.

“There will be a lot of things we need to learn and adapt to but these new regulations are set to make everything very interesting.”