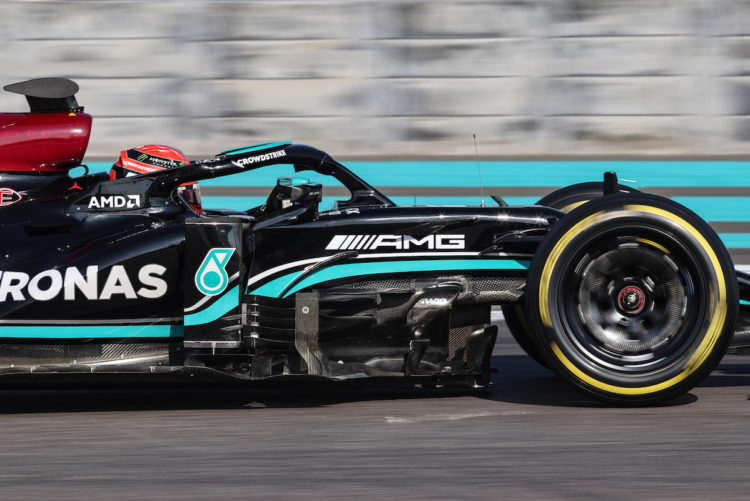 Mercedes says the switch to E10 fuel for the 2022 Formula 1 season marks the biggest Power Unit-related change since the introduction of the 2014 regulations.

This year, F1 is operating under new technical regulations, aimed at closing up the field and allowing for more racing on the track.

The next major change to the sport’s Power Unit isn’t expected until 2026, however new fuel is being brought into play this year.

Previously, teams were required to run 5.75 per cent of fuel made from bio-components, with regulations open as to what bio-content was used.

However, for 2022, all teams are required to use 10 per cent ethanol in their fuel mixture, which Mercedes describes as a major alteration from last year.

“The change this year, going to the E10, is probably the largest regulation change we’ve had since 2014,” said Hywel Thomas, managing director of Mercedes High Performance Powertrains.

“It was a sizeable undertaking to make sure we really developed that fuel. The number of candidates we had, the single-cylinder running, the V6 running, it shouldn’t be underestimated how much work that took.

“The 2022 car is very, very different. We know the aerodynamics are different, and from all of the things we’ve been told, we believe that the car will be doing slightly different things.

“The requests from the drivers will be different as they go through the corners compared to previous years.”

Thomas admitted that with the new fuel, there are areas that Mercedes are both “really happy” and “less happy” with, but asserts it will be ready to make adjustments if needs be when the season gets underway.

“We’ve got simulations, we’ve done all of our calculations, modified the engine in the way that the engine drives in order for us to be ready,” he said.

“Of course, we’re absolutely desperate to get to the first track test to see if those simulations are correct.

“Hopefully they will be, if not, we’ll be ready to adjust the PU as necessary to make sure the driver gets exactly what they want when they ask for it.”