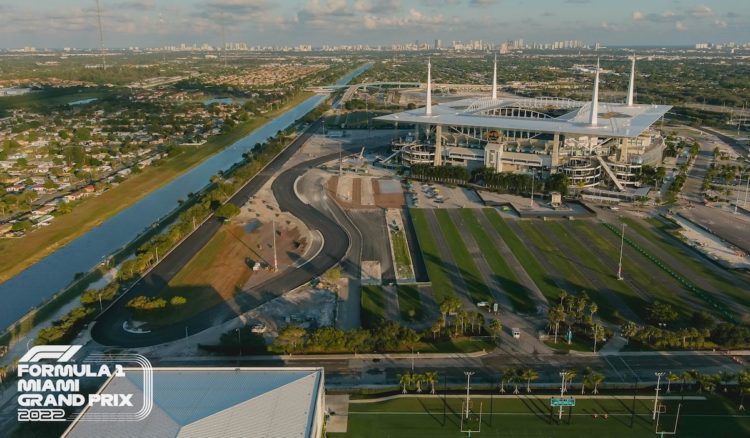 Organisers of the Miami Grand Prix, to be held at the Hard Rock Stadium in the Miami Gardens borough, have shared a few images of the track as it inches closer to being ready to host its first ever Formula 1 race.

The race, the second to be held in the United States this year alongside the ‘United States Grand Prix’ at the Circuit of the Americas in Austin, Texas, is scheduled for May 8th, leaving just over three months for the track to be completed.

The photos focus on the Turn 17 hairpin, which comes after a long straight, leading into Turns 18 and 19, which are the penultimate corners before the start/finish straight, which wraps around the impressive stadia.

The track surface has largely been completed, kerbs have been laid and construction on grandstands has begun. There does however remain plenty of work with fencing and barriers to be installed, as well as fitting out the pits and paddock area.

A previous photo (above) showed off the almost completed 4-5-6-7-8 complex of corners which make up a large sweeping high-speed corner which leads onto the kinked straight.