Palmer: Mercedes should have chosen Norris over Russell 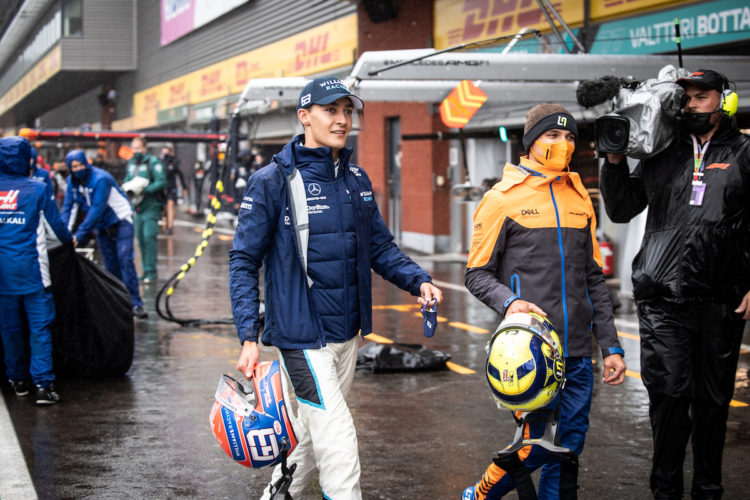 Russell, who has been part of the Mercedes junior programme since 2017, was promoted to the front-running seat following three years at Williams.

The Briton replaces Valtteri Bottas, who has found refuge at Alfa Romeo.

Norris enjoyed a successful 2021 campaign at McLaren, impressing many with his consistent performances across the year.

Speaking on the F1: Chequered Flag podcast, commentator Jack Nicholls said: “If I’m Mercedes and I have a free choice in that second seat alongside Hamilton, I think I’m picking Norris over Russell after this year.”

Palmer agreed with the statement, highlighting Norris’ defensive driving against Lewis Hamilton in Sochi last year as an example of his strength.

“I’m going with Jack on it, I’m going with Lando,” he said. “The way that he held off Lewis Hamilton at the end of that Sochi race until the strategy and the tyre choice got away from him, was unbelievable.

“For a guy that has never won a race, to have a seven-time World Champion breathing down his neck in a Mercedes…

“Then it starts raining, and he’s still off the road a couple of times, scrabbling around, but keeping Hamilton, we all know how good he is in the wet, behind him. It was really legendary stuff I think from Norris.”

Last year, Norris penned a multi-year extension with McLaren, having raced for the outfit since 2019.

The 22-year-old scored four podium finishes across the 2021 campaign, ending the season sixth in the Drivers’ standings.