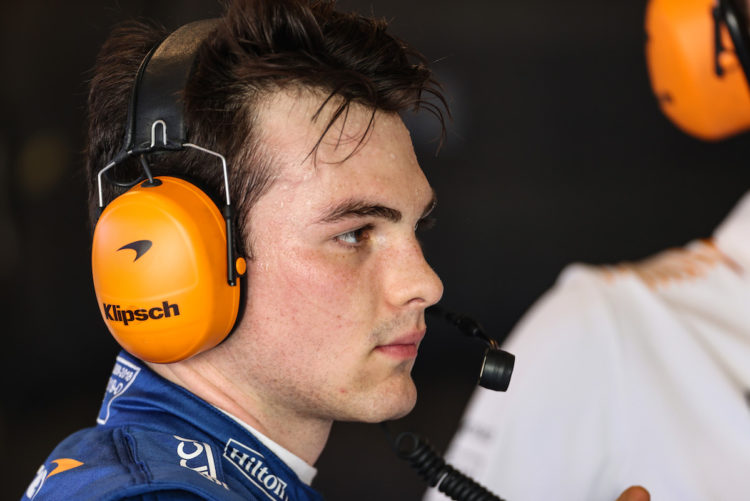 Following his recent Formula 1 test debut with McLaren in Abu Dhabi, Pato O’Ward could make his weekend debut during a free practice session in 2022.

O’Ward drives full-time for McLaren’s IndyCar outfit, and ended the 2021 campaign third in the Drivers’ Championship.

The Mexican driver made a deal with McLaren’s CEO Zak Brown, which would see him drive McLaren’s F1 car should he secure his maiden IndyCar victory.

O’Ward spent time at the wheel of the 2021 MCL35M at the post-season test in Yas Marina and expressed his affection for the speed of the F1 cars.

Brown asserts that the outing was not only a reward for his IndyCar success, but also to judge how capable he is driving an F1 car.

“I think any time you put a driver in your Formula 1 car, you only get so few test days and so few rookie days that you’re only going to put someone in that makes it a meaningful test,” Brown told RACER.

“So it was a nice little reward but we would only put him in the car to also understand how capable he is of driving a Formula 1 car.

“He did everything that we wanted him to do and expected him to do. He was extremely fast and brave but that didn’t surprise us.

“So we were more looking to see how does he adapt? Does he keep it on the island? How’s his feedback? And all of that, for his first run in the Formula 1 car, was very strong.”

In 2022, F1 is set to introduce two mandatory FP1 rookie outings during the year for each team, which could provide O’Ward the chance to make his weekend debut.

“We have to run two FP1s next year,” Brown added. “Ultimately it’s up to Andreas [Seidl, McLaren Team Principal] first and foremost to make a recommendation and take a view.

“In the two years Andreas and I have been working together, I’ve always agreed with his recommendations and suggestions.

“We’ll do a full analysis — there’s some more rookie testing to be done so one step at a time, but a very good first step.”